January 3, 2020 THE WOLF AND BULLDOG CHRONICLES

Chopped shrimp stuffed into anything and deep fried are frigging delicious.

I stuff them and let them sit on everything – wanton skin, beancurd skin, tofu, aubergine. 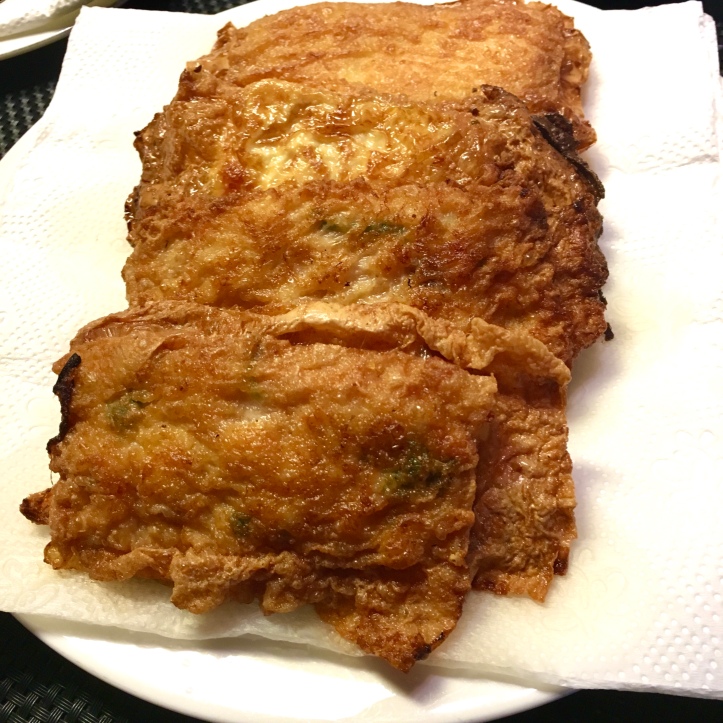 And let’s not forget toast.

Chopped shrimp is such a delight because they’re naturally delicious and once it’s chopped up, it’s easy to cook because you don’t have to worry about any part of it not being cooked. It cooks evenly and within minutes.

So it’s the perfect party food.

You can vary the taste of chopped shrimp just by the seasoning.

You could go western by adding mustard and lemon juice, Worcester sauce and white or red wine vinegar.

You could add other ingredients like chopped Aubergine, mushrooms, water chestnut.

The possibilities are endless.

In 2009, Momofuku Ko was awarded two Michelin stars, which it has retained each year since.

The restaurants are notable for their innovative take on cuisine, while supporting local, sustainable and responsible farmers and food purveyors.

Other than his swashbuckling style, burly frame and uber chic and cool countenance, David Chang is extremely articulate and likeable.

He was inevitably destined for television.

In 2018, Chang created, produced, and starred in an Netflix original production called Ugly Delicious, a really enjoyable series about food, chefs and some private insights from David Chang as he travels the globe and hosts each show with some of his friends, some whom are chefs, actors, street artists, just to name a few.

Really insightful, intelligent conversation, humorous most times and with provoking views and emotions in others.

I challenge you to watch it at night and not eat straightaway no matter what intermittent starving diet you are on. 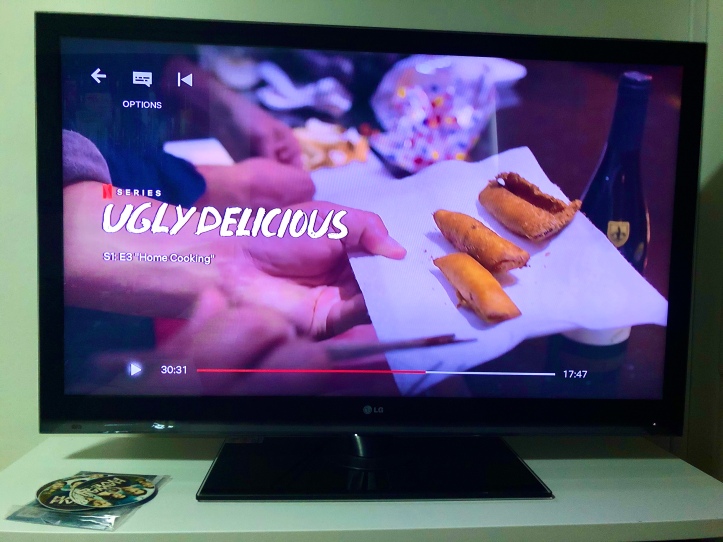 In Season 1 3rd episode of Ugly Delicious, David brings his friend Peter Meegan to his parents Home to cook for Thanksgiving.

One of the dishes cooked was prawn toasts.

Funnily enough, while David was bantering with his Korean mother, it was Peter who was put to work to prepare the prawn toast.

1. I chopped the prawns but it might be easier to use the blender if you want to make it into a fine paste.

Using 10 to 15 medium sized prawns, add a little minced ginger( say a full teaspoon), about a quarter to half yellow onion, 4 garlic and some Chinese coriander (optional). Add pepper and salt to taste, 3 teaspoons of fish sauce, 2 teaspoon of light soya sauce and 2 teaspoon of Worcester sauce (optional). Blend well. 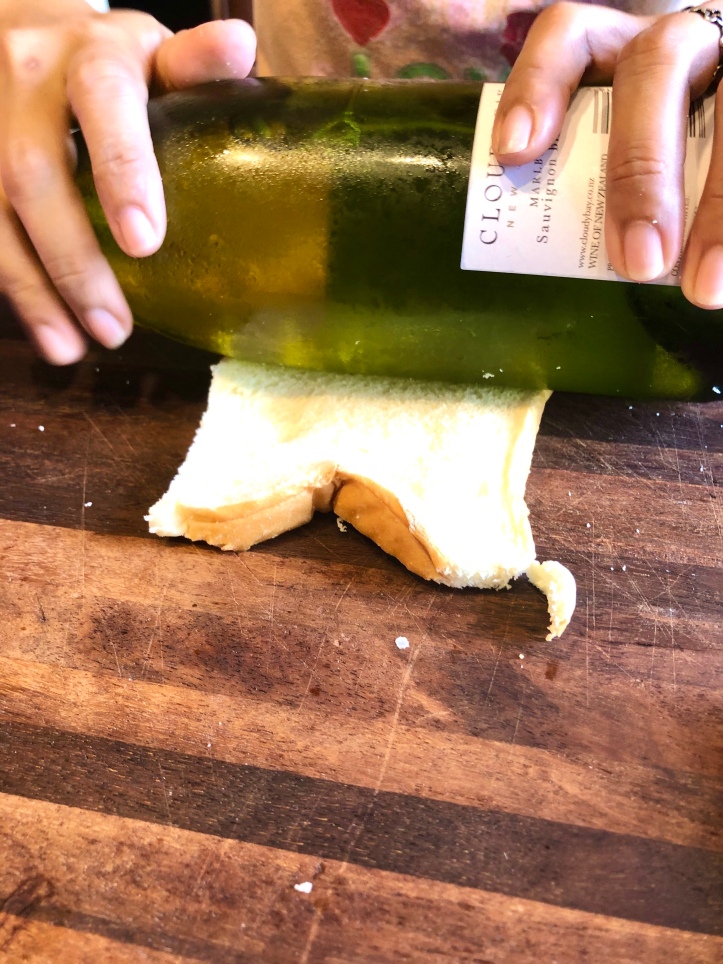 You know what people say that you should only use good quality cooking wine that you would drink to cook?

That is absolute nonsense spouted by wine snobs who don’t cook and wannabes.

Yes the wine does add to the taste.

But you think the terroir and the perfume of your wine is going to survive the intense burning of 100 degrees bubbling over a stove for 45 minutes ?

Science nerds are smacking their foreheads and wondering why it is not them who should get laid all the time.

So those of you who are using your Pichon Lalande to cook, please stop. And please stop telling people that you can tell the difference in the cooking when you use French premier wine to cook.

You know that’s a lie and God will give you a third testicle if you persist.

But if you insist, then carefully select your 1989 Ducru Beaucaillou bottle to roll the bread to give it that perfumed overtone. I wanted fruity and fresh so I used a bottle of Cloudy Bay.

3. Spread the prawn paste like a narrow tube across the centre of the bread. Then roll tightly and use a little egg wash to seal the ends. Holding both ends, push the prawn inwards to the centre and seal both ends as well.

4. Heat up a generous amount of oil in a small pot. Using a small pot just saves having a shitload of oil then if you use a big kwali. The oil needs to completely submerge the prawn rolls.

Heat up the oil and make sure the oil is hot before putting in the prawn toasts. But once it is hot, turn the oil down to the lowest heat possible before introducing the toasts.

I would fry the toasts in small to medium heat throughout as the bread burns easily.

It takes no more than 30 seconds on each side (turn the toasts) to cook the prawn toasts to a golden brown.

Ok this version has its positives as it makes the prawn toast into a prettier party snack and in a tube form, it makes it more elegant to eat.

But on the downside, I can’t get a good char on the prawn meat since it’s all enclosed within the tubed bread which chars easily.

And when you want to use fancy bread like brioche, it chars even faster.

But when you make it square like an open faced sandwich, you can cook the prawn meat side down for 1-2 minutes without exposing the bread to the hot oil. Then when you flip it over on the bread side, just allow 30 seconds to 1 minute and remove it when the bread turns brown.

The prawn meat will be well cooked, crispier and more crunchy.

So David Chang, come to Singapore and I’ll make the open faced version for you.