HAR CHEONG KAI – why did the chicken cross the road?

WHY DID THE CHICKEN CROSS THE ROAD ? 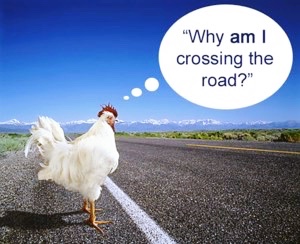 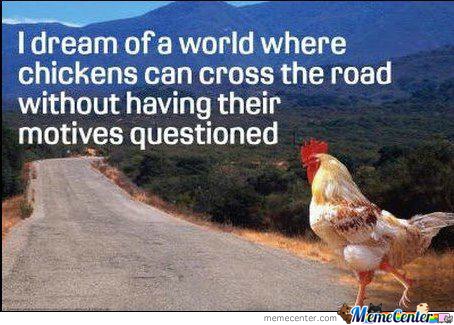 Because it had a dream.

Chickens at rest tend to stay at rest

Chickens in motion tend to cross the road.

That’s why we need to build that wall !

Why is the chicken always white?

Because she’s worth it

Don’t be Chicken, just do it.

Because she’s loving it

Let her fingers do the walking

Impossible is nothing, are you chicken ?

Because she wanted to wing it in heavy traffic. But she didn’t succeed so don’t waste, I made Har Cheong Kai lor. 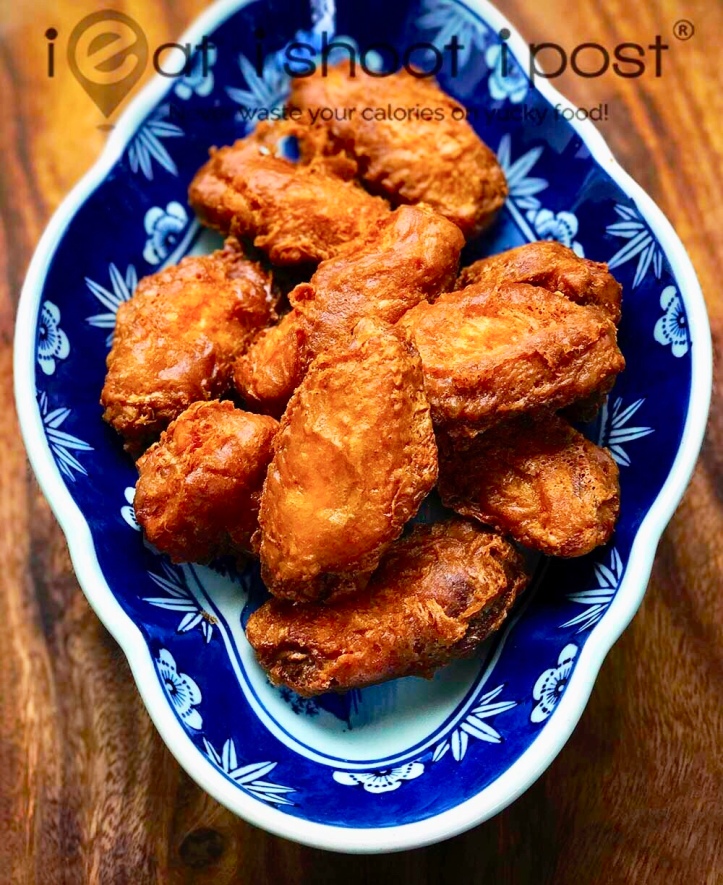 WHAT IS HAR CHEONG KAI ?

It’s a Cantonese phrase and literally translated it means “shrimp paste chicken”. For the uninitiated, HCK is a pungent crispy fried chicken that is sold in most good cze char (“stir fry”) stalls in Singapore.

It is a quintessential dish every cze char stall worth its salt will sell, much like sweet and sour pork and Yang Chow fried rice.

Not serving HCK at your cze char stall is like an Italian joint not having Carbonara, a Spanish restaurant asking “what tapas “? Our neighbourhood mamas saying “Dei, apa prata ?”

You get the drift.

So what goes into a brilliant HCK?

Well first the chicken has to cross the road and offer up its mid joint wing. 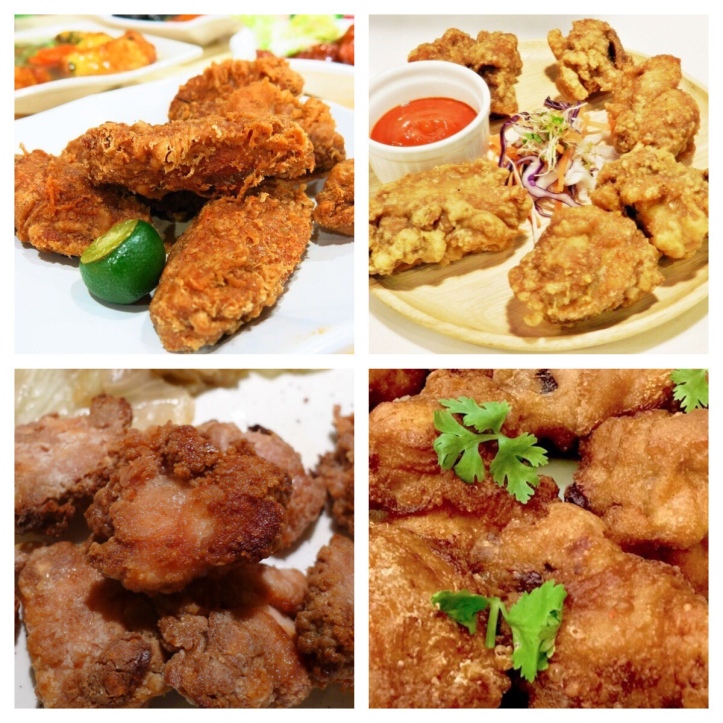 That to me is the best part of the chicken to make a crispy shattering HCK.

There are some stalls which use other parts of the chicken. Sure that’s possible, let’s not be pedantic.

But then you’re dead to me. 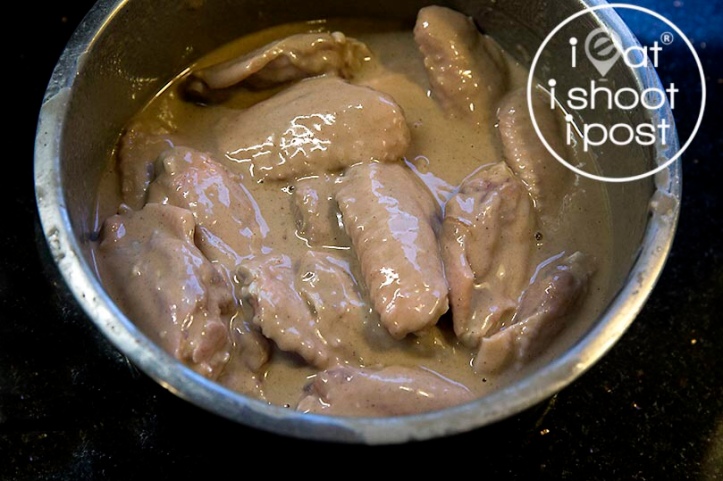 The wings for the HCK are usually pre-marinated in this strong (some say foul smelling (before it’s fried) ) fermented prawn paste one can get in our dry market stalls, or local supermarkets like these: 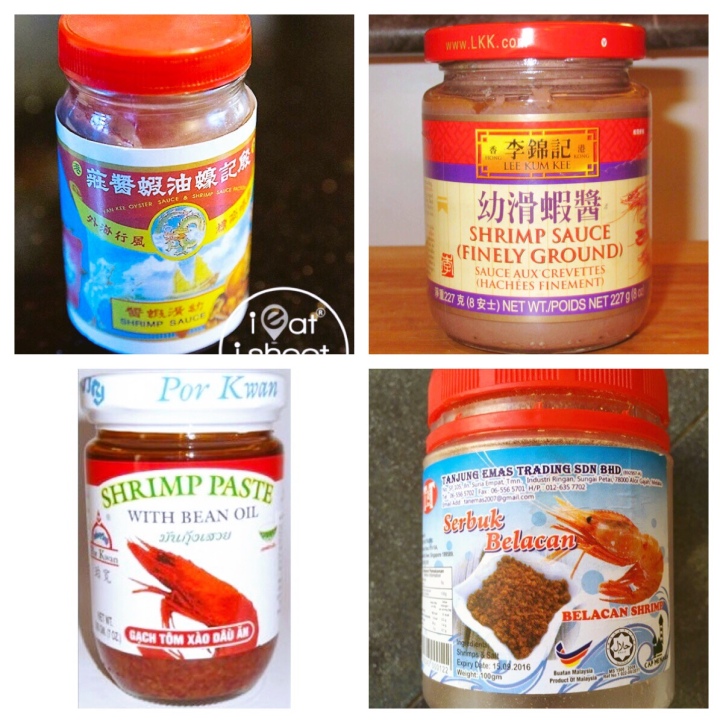 Ok it stinks when it’s raw.

If you can’t find this in the shops, just go find the oldest socks you have used without washing (at least 3- 6 months usage) soak and use the liquid. It’s similar but your socks liquid is probably a lot milder.

But the shrimp paste is really quite fragrant and aromatic when fried.

Chefs will jealously guard what sort of flour they use to make it Uber crispy. Some use a premix of quite a few flours.

Some with a serious scalp problem may not need flour at all. 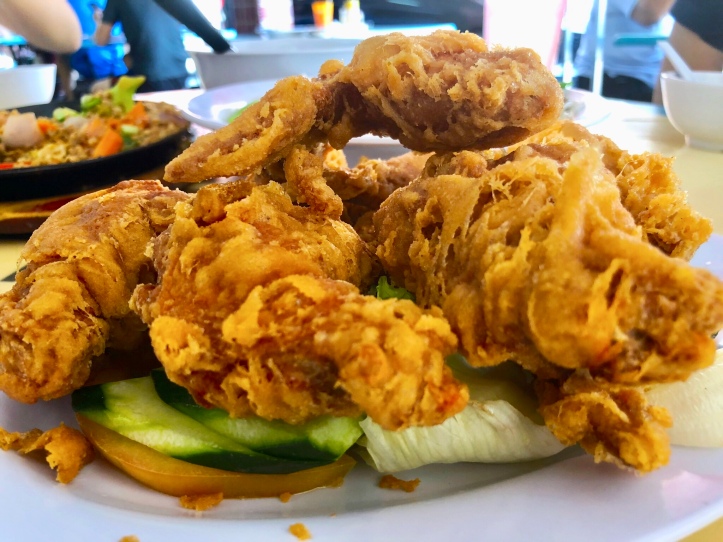 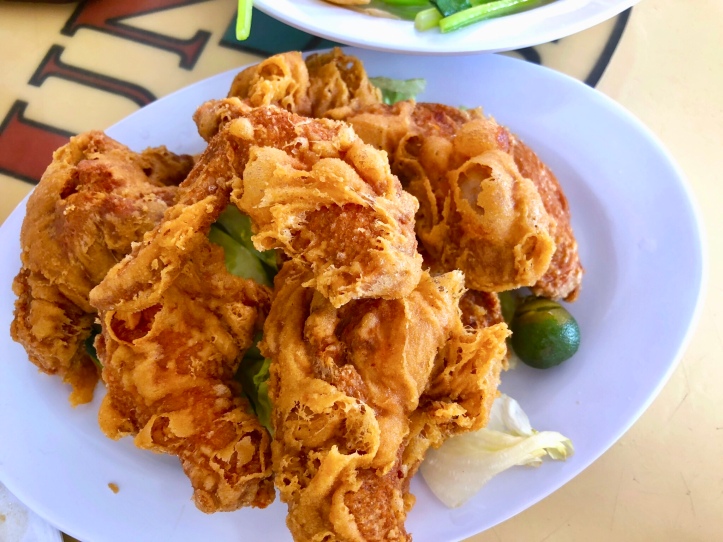 Most home cooks will use an equal mix of all purpose flour mixed with corn flour. I used to use cornflour until one day someone advised me to mix all purpose with potato starch flour instead and I think that’s better.

Compared to cornflour which makes it a little heavier and thicker, the crust from potato starch is lighter and a tad crispier.

Ok so this is where the home cook will find it difficult to achieve the shattering crispiness for the chicken. 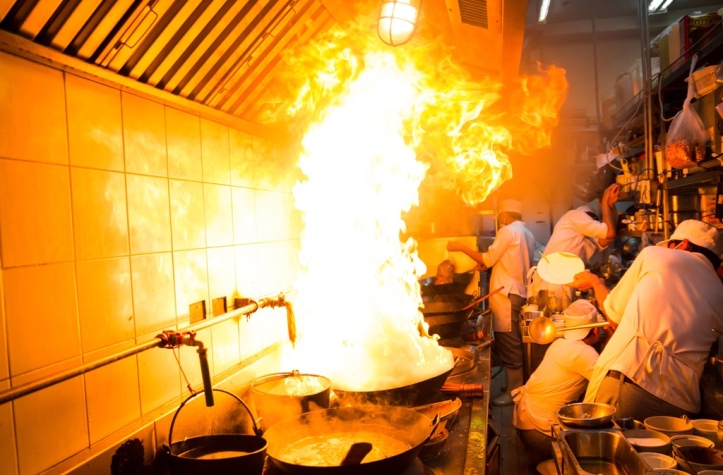 First , the cze char stall has these Monster fires that you won’t have at home. The next time you hear of a raging fire in your neighbourhood, rush down with your Chinese wok and marinate the wings on the way. You need that kind of fire.

Next, they usually use these heavy bottomed cast iron woks that retains heat very well.

What ? You don’t know what a cast iron wok is ? What do you think your wife is armed with when you walk in at 3 am from partying with your mates? Ask your skull – it knows it well.

Finally, they fry the chicken in this huge monster wok of oil because they are commercial and will use the oil the whole day. For home cooking, no one uses that amount of oil which should submerge the chicken completely and much more.

But if you do use that amount of oil – don’t waste. Ask your Wife for an oil massage that same night. Just ensure that you’re on good terms and she doesn’t heat up the oil first.

All these 3 factors will have a big part to play in heat retention to cook the chicken to absolute crispiness.

I think the best that you can do at home to achieve something close is to double fry the chicken.

So for the first fry, heat up a generous amount of oil to high smoking heat before putting in the chicken. Remember to fry in small batches so that the oil completely covers the chicken and the temperature in the oil will not drop too much. 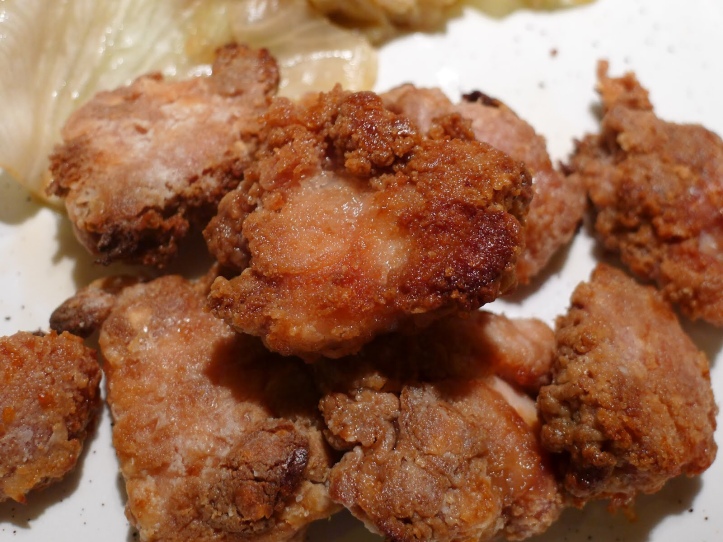 The temperature in the oil will drop once you put in the chicken so maintain high heat for a while to let it come back up. Then turn it to small to medium heat and fry for another 8 mins, turning it once or twice.

This enables the centre of the chicken to be completely cooked without the skin being burned, which will happen if you kept it at the highest heat throughout. Remove and strain and leave aside.

For the second fry, just before serving, heat up the oil to a smoking temperature again. Flash fry the chicken at the highest heat throughout to try the achieve the crispiness. 2 to 3 minutes and remove.

Eat it while the HCK is hot. The crispiness will ebb the longer you leave it on the table.

Don’t let the poor chicken cross the road for nothing.

Here are some locations noted for their HCK.

** this is a bar. So you can have an excuse about wanting to try really good HCK but go there and have a beer with your mates instead. Singapore husbands have been using this excuse since the early 80s but the wives are catching on.

**liked by many people