Someone from Kuala Lumpur who was in Singapore recently asked me where she could find a good “Tai Chow” (or “big fry”) to order a good KL style Hokkien char mee.

I gave her instructions to take the ECP and go to Changi Airport, and told her that she needs to take a plane to KL for that.

I don’t mean to be pleasant and accommodating to my border brothers but when it comes to a black sticky lard ridden Hokkien Mee, no singapore Hawkers have managed to achieve perfection.

For the uninitiated, KL Hokkien Mee or Hokkien char mee (Hokkien fried noodles; 福建炒麵) is served in Kuala Lumpur and the surrounding region.

It is a dish of thick yellow noodles braised in thick dark soy sauce with pork, squid, fish cake and cabbage as the main ingredients and cubes of pork fat fried until crispy (sometimes pork liver is included).

The best examples are usually cooked over a raging charcoal fire. This dish originated from a hawker stall chef Ong Kian Lee in the 1920s.

So when Sharon Thompson Chef extraordinaire at nonya supper club KL posted this picture of the KL Hokkien char mee at Restoran Aik Yuen in KL, something stirred.

And in my current uninspired state, not many things in life stir me.

I have not gone out to hunt for KL Hokkien char mee for many years now.

10 years ago my go to place would be Kedai Makanan Mun Wah Hokkien Mee at 155, Jalan Maharajalela.

I don’t know that it was amongst the best but it was good enough for a singaporean starved of a good KL Hokkien mee.

However I understand that the standards have dropped in recent times.

For a list of the best places for KL Hokkien fried char mee , see here.

A mark of a good establishment in kL for stir fried dishes is that they use charcoal and the fire is ridiculously humongous.

An aspiring Chinese cze char apprentice will, at the beginning of his training, be thrilled by the raging fire he is given, satisfying every pyromaniac tendency he has as a child . Hence you will see him smiling like a 10 year old above.

After a few years, however, his skin will have darkened considerably and he is now fairly pissed off with the fire. Hence not smiling.

You can tell a Tai Chow restaurant is successful when they have their own standby fireman at their stall.

I was told that this restaurant has the Tawakal reference because it is right behind Tawakal Hospital.

Ah that makes sense except that I have no idea where Tawakal hospital is. It sounded like a place in Thailand where you could possibly get good czar dishes, and lady boys, would lovingly feed you cholesterol lowering pills.

Nevertheless I found myself at Tawakal Hospital and at Aik Yuen one balmy evening around 9 for a late dinner/early supper.

I sat inside the Coffeeshop.

Funnily enough, the cooking station of Aik Yuen is across the road open air. 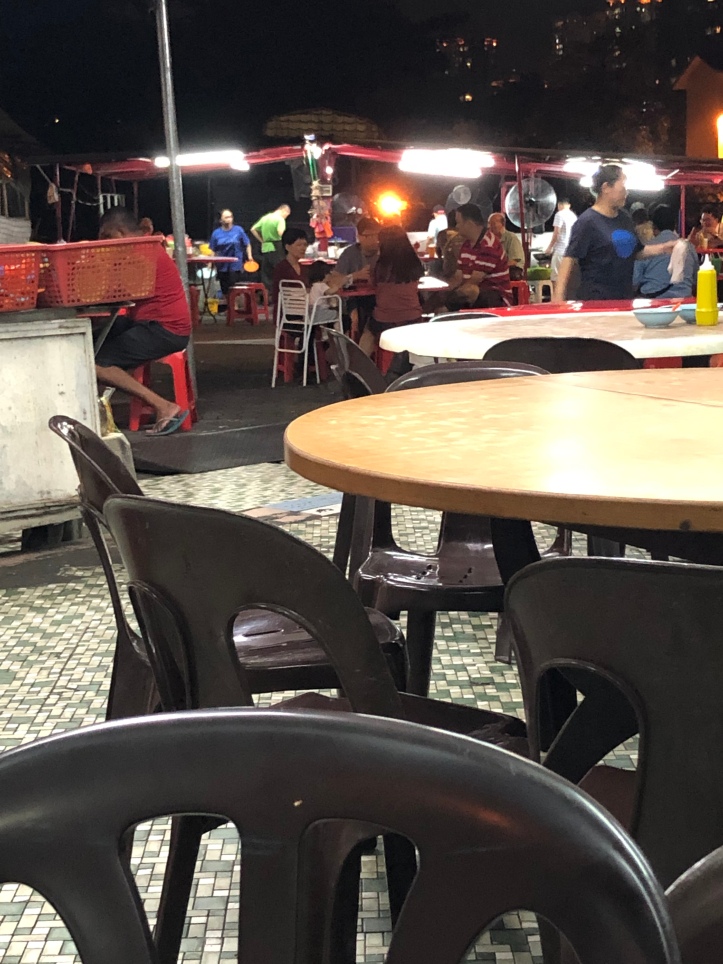 That means there is generous sitting areas both ends of the street and the coffee shop itself, where I was sitting, was well ventilated without any smells. 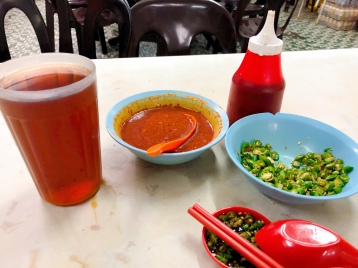 Be restrained I told myself. 2 dishes max.

Ok 3 at most you damn weakling with little self control. 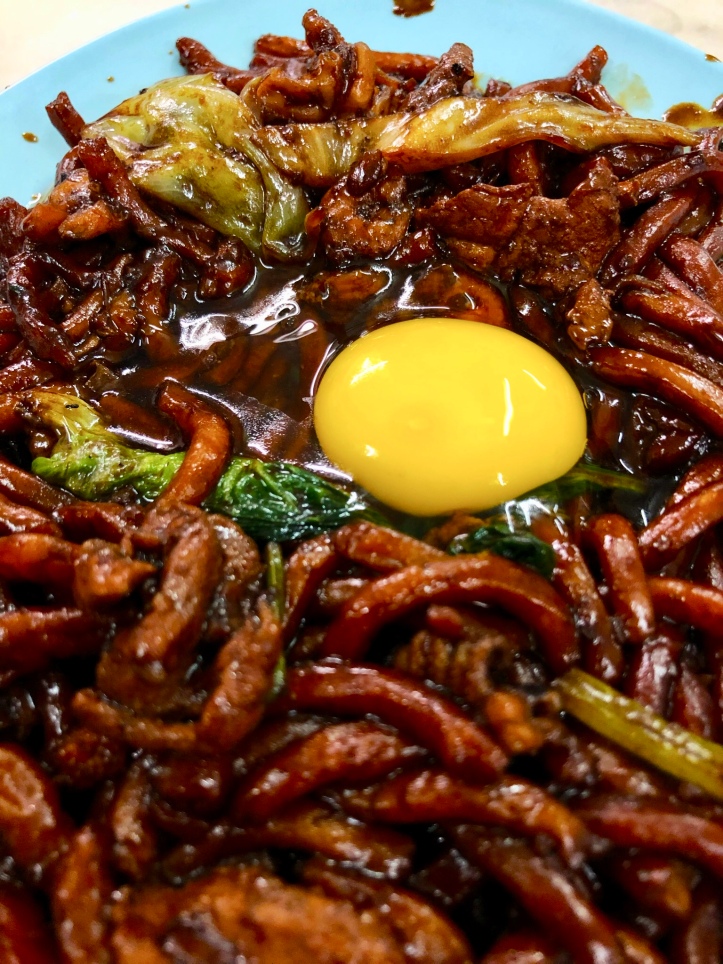 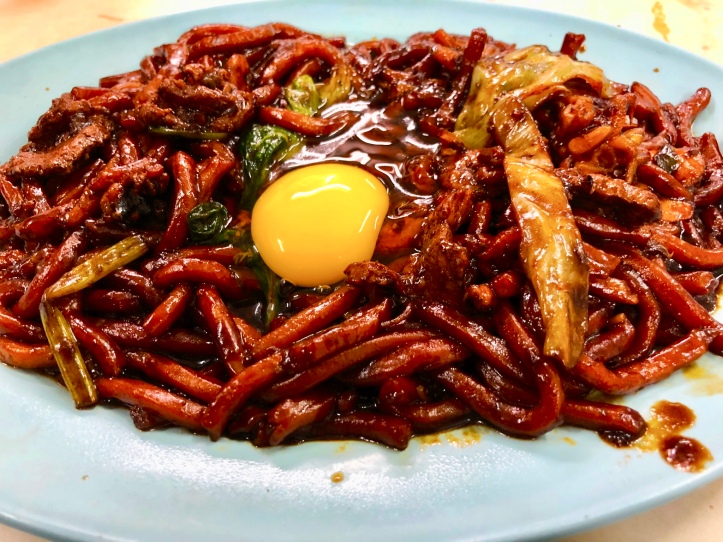 The wok hei was there . Chinese apprentice didn’t get dark for nothing.

Ok I don’t eat enough at other stalls in KL for Hokkien char mee to provide a meaningful analysis and comparison.

Do I think it’s the best out there? Probably not but for now, it hits the spot for me.

Pig Fallopian tubes is described by Wikipedia as  a traditional, although uncommon, singaporean stir fry dish.

That is absolute bollocks to name another reproductive organ.

Finding Sang Cheong in singapore is like scoring with a hot chick with knockers as big as her heart and personality.

My Malaysian brothers you have been robbed. Fried Sang Cheong is clearly a Malaysian staple.

Consumption of pig fallopian tubes supposedly has a beneficial effect on a woman’s fertility.

Meaning the woman has got to eat it.

Yes husbands – stand down. You eating sang cheong copiously washed down with Guinness Stout with an egg yolk in it is not going to help your woman conceive.

It has also been categorized by Catherine Ling of CNN as one of the “10 grossest foods in Singapore“.

Sheesh – what a misguided statement. 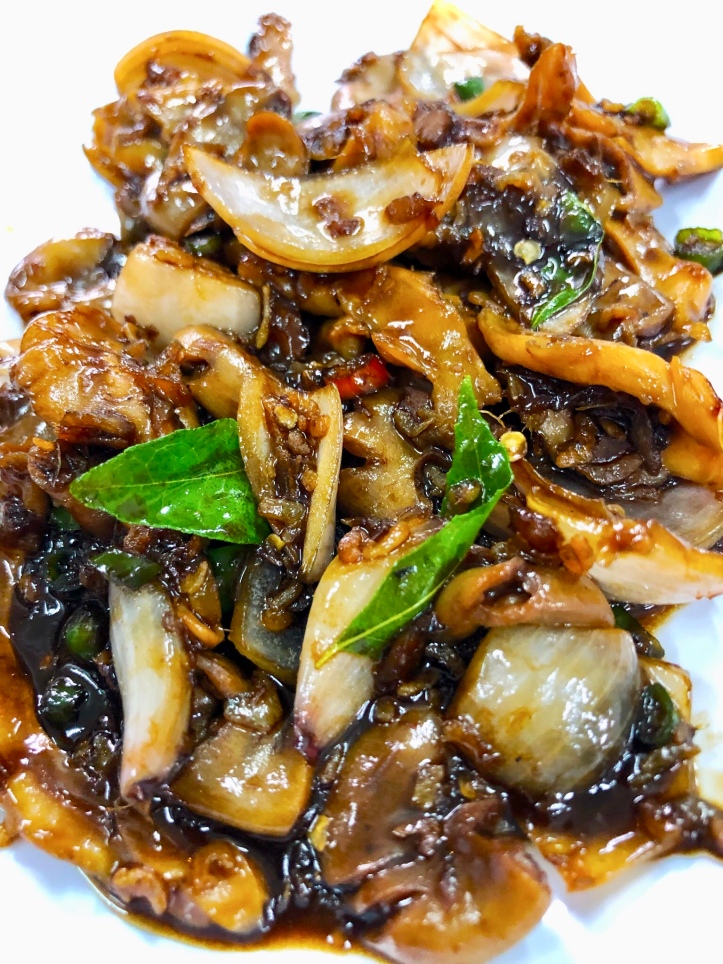 It’s really quite nice. It has no smell cos of the copious Kung Po sauce and balls numbing chilli padi added to it. The kick is real.

It is chewy and crunchy all at once – why is it gross?

A reproductive organ is a beautiful thing. 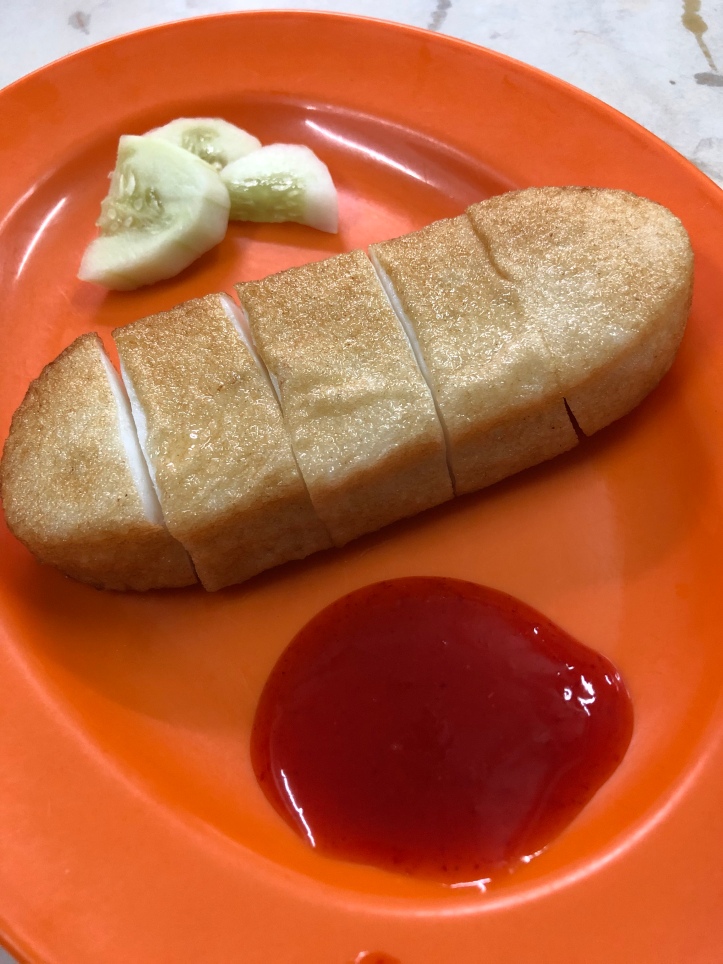 The deep fried fish cake is a specialty at Aik Yuen.

It’s such a simple dish but it can go so wrong – some are too floury, some are hard.

The version at Aik Yuen was very good – a crusty skin with tasty centre that was yielding but still with some structure.

It’s no wonder that everyone orders it . It’s really very good.

I didn’t get to order this.

I was told this is special and I saw some tables ordering it.

I would have enjoyed it as a meal by itself with white rice in another life. 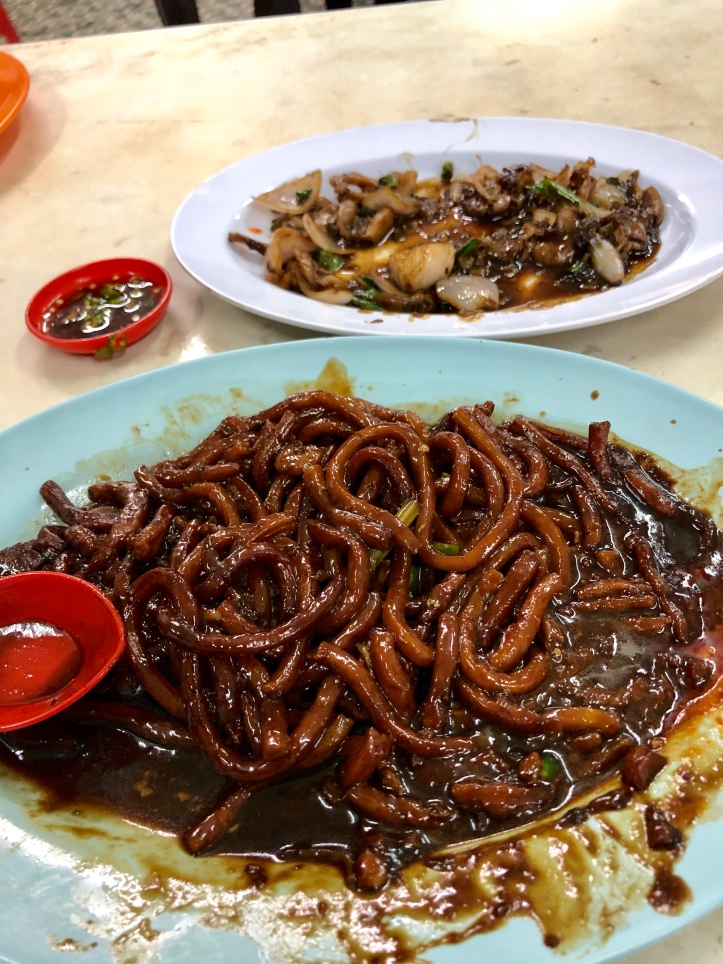 But I was already defeated with what I ordered.

This was what I left behind.

Sigh – I am growing old.