How the subject of Foochows came about

I wasn’t planning to write about the Foochows.

I’ve always suspected they don’t exist but apparently they do.

I was at a BBQ lunch party and someone kindly brought Famous Foochow oyster cake from Jalan Berseh.

There was an engaged animated conversation around the table about whether this stall at Jalan Berseh is the best in Singapore, or whether that accolade belongs to another stall in Maxwell Food Centre.

I only wanted to know whether Foochow women are hot, and waited patiently to see when it would be appropriate to pop that question.

One of the husbands at the table claim to be Foochow.

He was easily the most handsome man at the table which was damn irritating. 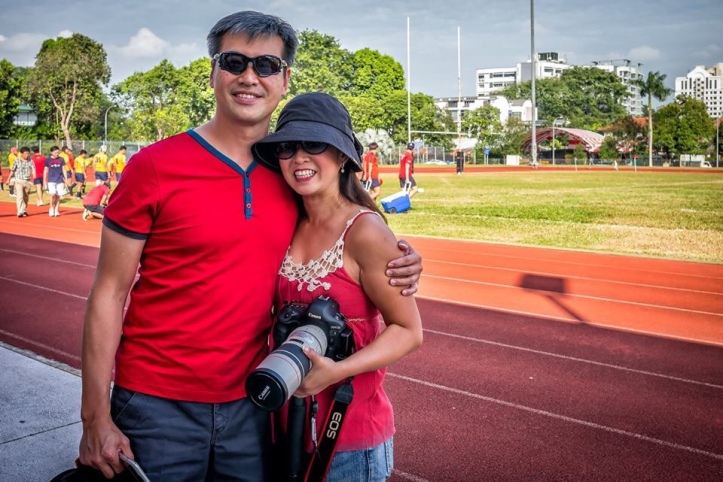 Damn he looks casually handsome even when he is going No 2 in the wilderness.

To make matters worse, he was a great show off because he came cleanly shaven and combed his hair.

And he smelt good too – “Dude this is a BBQ. What do you think this is – the finals of Manhunt?

He cooks too dammit !

So I was feeling militant and said “Ok so Foochow man are nothing to look at. Are Foochow women hot ?

And he told us this incredible tale.

Damn! He’s interesting and articulate too!

But I believe God is fair and has given him 3 nipples and 1 scrotum.

Apparently the Foochows are a dialect group from Southern China who are great soldiers so they are at war a lot.

Between fighting, killing and pillaging and their Nintendo games, many Foochow men had no time to date and the dialect group was in peril of great decline in numbers.

The wise emperor decided to take the matter in his own hands. He decreed that all Foochow men should go for these events called “爸 知 乐” where they will speed date with a a great number of women.

But unlike the harlots of today who come with plunging necklines and frolic by the pool in their hardly there thongs (thereby kindly allowing for rational informed choices), the fraternisation in Foochow was very modest, prudish and extremely controlled.

Ie it was a sucky experience. 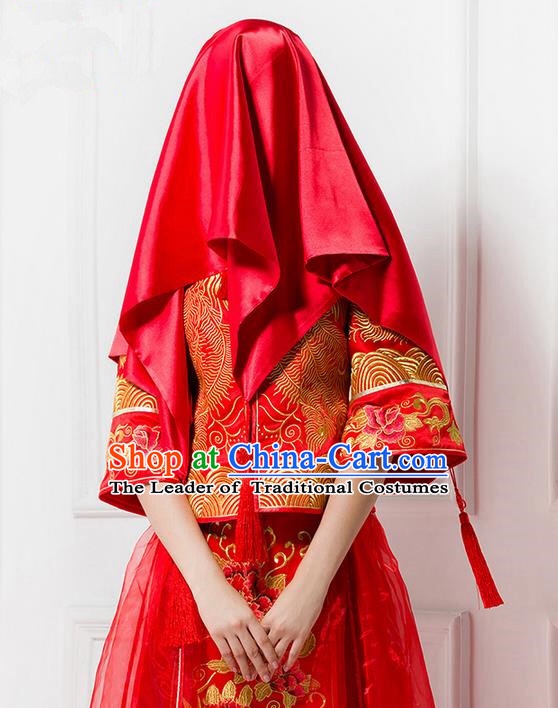 The women had to wear these long shapeless frocks so there is not much chance of checking out their bodies.

And they always wore a veil .

My handsome friend turned serious and said that Foochow wives had a nickname ” 老马”. Literally translated it meant ‘old horse’ because legend has it that the Foochow women has a ‘horse face”.

So their faces looked long and shitty.  No subtleties about it whatsoever. Way to go Foochow men. They are damned honest and direct if nothing else. 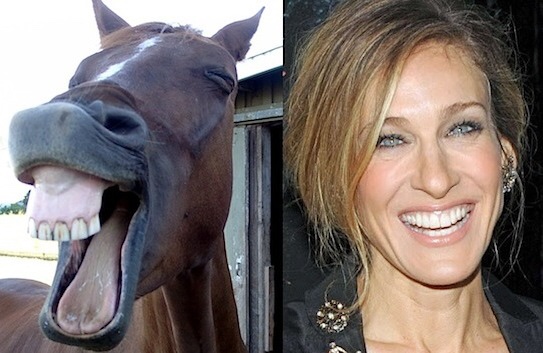 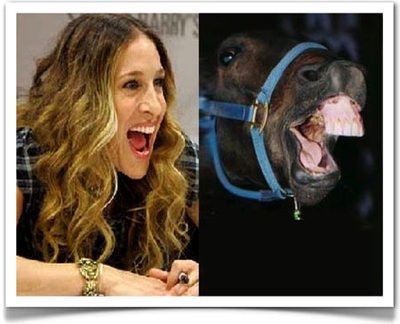 If you googled horse faced women, you will find numerous images of Sarah Jessica Parker.

When she is not singing.

When she is singing, she is a divine beautiful diva.

Granted, some horses are beautiful but I think when they called their women ” horse face” and, more importantly, when they said it with a grimace and an uncontrollable twitch, I think I know why their populations were declining.

The emperor decreed that all the women were to be veiled so you couldn’t compare how much uglier one Foochow woman was to the other.

He probably said some Confucius sounding profound shit like ” Beauty lies in the heavens but on earth, the gnarly tortoise is like a butterfly in disguise” when doing the decreeing thing.

So you had to be very deep and fall deeply in love with her because of character and good conversation and all that shit.

And, depending on how many days or weeks she had that veil on, sit upwind in case she was the sweaty sort.

And for the first 100 years or so, a few million Foochow men were fooled.

Wedding night, however, turned out to be horror movies with a great deal of wailing and gnashing of teeth when the brides were unveiled.

Hay was strewn everywhere in shock and dismay.

In anger, they went to war and were ferocious warriors because they were angry and frustrated.

Some started keeping horses so their brides looked normal most days.

Over the next few hundred years, Foochow men refused to return from wars and stayed out.

When the wars ended, they still refused to return and volunteered to build the Great Wall, and that was built in no time by Foochow men entirely. 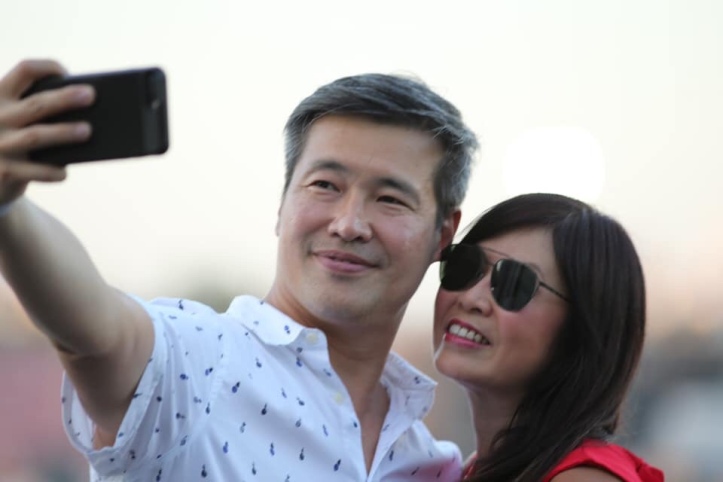 Some of the Foochow men married Cantonese women and were massacred in droves.

My handsome friend is blissfully married to a Cantonese woman too but she is letting him live to build up the family wealth first.

Also, he is a doctor and knows how to take good selfies so he is considered quite useful to have around.

But don’t fool yourself, she is still Cantonese and he will be well advised to remain affable and vigilant to protect his one remaining scrotum.

Other traits of the Foochow women

I was determined to conduct a deeper scholarly study of the Foochow women.

This learned source has fascinating things to say about Foochow women:

Foochow women are typically characterised by a solid built, with certain distinct features common to Nordic (Viking) men. A popular theory exists that Nordic men evolved into Foochow women around the time of 3241 BC, when the Vikings discovered the coasts of southern China, during a routine fish hunt.

The quintessential Foochow woman is a woman who teaches her husband a lesson by giving him a good beating, slings a full-grown pig on her shoulder to feed the family and places her children under the breasts of a cow to feed them.

A Foochow woman has a natural aversion towards men. She would address male friends as uncle, to ensure that relationships with the opposite sex remain purely platonic.

She would only be remotely interested in balding men, with not many teeth left. For her, that is the ultimate symbol of wisdom, maturity, prosperity and obedience.

Ok now I perfectly understand why Foochow men will flee after marrying Foochow women and go to war indiscriminately.

The Foochows claim to have a dog called Chow Chow, a puffy lion-dog which they claimed came from their province.

But the dog got embarrassed by the Foo chows and decided to just say that they hail from northern China, without being too specific.

Nobody knows the true story – whether to believe the Foochows or the Chow Chow dog.

Granted, the chows chows are cute as hell and probably incapable of lying.

But I tell you why there is a great deal of incontrovertible evidence that the Chow Chow dog belonged to the Foochows – everything they make is round or stuffed or fluffy as you can see from their food below.

As I have explained above, the Foochows are an angry and frustrated lot because of their women. 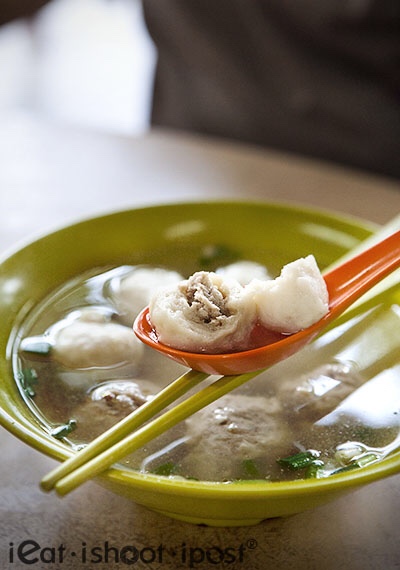 This is an actual description about how you should prepare Foo Chow Fish Ball :

“The main ingredient is fish paste which is first seasoned and then beaten to a sturdy, bouncy mush.

“The technique deployed here for making a bouncy fish balls is a scoop-and-throw method. Be brave as the harder you throw, the bouncy the ending result will be. This is one of those times where you will need to summon all your inner anger.

Just think of those horrible morning rush hour, commuter pushing and shoving you onto crowded trains; think about the number of times you’ve taken a day off to wait for a parcel, only to find the postman leaving a ‘while you were out’ card when you were clearly in the house, waiting patiently for that lovely purchase you’ve made online.

Something along those lines, the angrier the better. This is a very therapeutic exercise.

Everything about Foochow cuisine is a little violent:

The owner of the stall explained to me that “Yan Pi” is a dumpling skin which is made from hammering pork until it becomes a resilient, stretchable membrane and is a ingredient typically used in Fuzhou cuisine

Dr Leslie Tay I eat I shoot I post

If you want to know where to get good Foochow fishball, read this article by https://bondingtool.wordpress.com/tag/foo-chow-fishballs/

The article has quite a few pictures of Sam eating Foochow fishballs.

She is definitely not Foochow.

This is the other famous dish from the angry Foochows.

The round puffy stuffed Oyster Cake that has been described as an Asian UFO.

The ingredients are best described by Dr Leslie Tay as follows:

The batter used to make the UFO may look simple but it combines three types of flour and a slurry made from blended soya beans to give it its unique texture and flavour.

A filling made of marinated minced pork, oyster, prawns and chinese parsley is then added and topped with more batter, some peanuts and silverfish before being plunged into hot oil where it is fried to a beautiful bronze hue.

So if you wanted to know about the Maxwell Fuzhou Oyster cake which most people rave about, read all about it here.

Compare this to the other famous Fu Zhou Poh Hwa Oyster Cake at Jalan Berseh by reading about it here.

I suspect I’m an angry Foochow

My job is done here. And I’ve got my answers.

Marry a Foochow 老马 only if you intend to be a farmer and needed someone sturdy, and who can whisk her mane to brush off the flies.

And who will bear your children in the fields while still harvesting corn.

Marry a Cantonese woman and you will be massacred in no time.

Sigh, looks like I will be a lone wolf for a while.