In Southeast Asia, Acetes have different local names depending on the country. It is known as Rebon in Indonesia, Udang geragau in Malaysia and Brunei, Alamang in the Philippines, among others.

Why they are called Grago

It was the year 1511 when the spice trade first brought the Portuguese to Malacca. In order to communicate and procreate effectively and promiscuously with the locals, a creole mixing Portuguese vocabulary with Malay grammar structure was developed: Kristang.

At the time, Malaccan locals called the Portuguese businessmen ‘Christians’ and the language they spoke ‘Christian’. Over time, ‘Christian’ came to be heard as and called ‘Kristang’.

Just imagine if the Portuguese had been buddhists. Today they would have been called Buddies instead of Kristang.

According to the Eurasian Heritage Dictionary, ‘grago’ is the Kristang word for ‘krill’, the tiny shrimp that could be caught in the waters of the Straits of Malacca.

As such, ‘grago’ came conveniently to refer to the poor Portuguese Eurasians who made their living from fishing, much in the same way that ‘cina babi’ once referred to the Chinese as many of them used to be pig farmers.

So let me get this straight – Krill is a type of shrimp. The Portuguese came to Malacca and created this pidgin language called Kristang. In the Kristang language, the word for Krill is Grago. Poor Portuguese Eurasians were more often than not Fisherman and they commonly caught Krill ie Grago. That’s why their nickname is Grago.

Seems very convoluted just to get a nickname.

Why not be like the Chinese – they reared pigs so they are known as Cina Babi ie Chinese Pigs.

So now that we know “Grago” is the nickname for Eurasian, who or what are Eurasians?

Some useful definitions of a Eurasian include:

If you live among Eurasians, you will learn to hate them because they make the cutest babies because they are mixed (like Chap Chye as the Chinese will say). 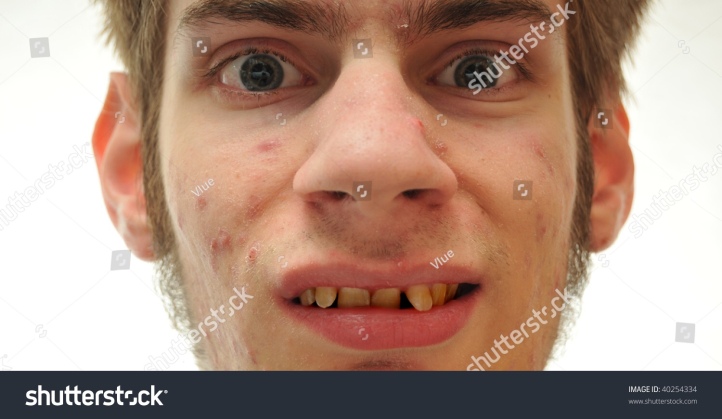 They will remain cute as toddlers but when they become teenagers, there will be a brief fleeting moment when they are ugly teenagers with goofy eyeglasses and braces and with zits popping out everywhere like a volcanic avalanche.

But the irritating thing is that this will last for all of 2 months and then they become beautiful again.

They will then steal your first love chinese girlfriend to whom you have professed undying love and named your babies.

In great disgust, you will call them Grago or tiny shrimps although most of them would be much taller than you with chiselled cheeks, square jaws and long flowing hair like jesus.

And they probably smell good too.

Besides being good looking, Eurasians are talented and every chance they get to perform, they will do so.

Hence when talentime came along (a talent singing and dancing competition show which dominated our TVs in the 70s and 80s before America got Talent came on 30 years later), the Eurasians went nuts.

Overnight, Eurasian teenagers dropped out of school and stood around street corners singing “Through the Barricades“.

“Stranger:   Excuse me sir I’m looking for Dafne street  ……do i go straight ?

Eurasian:    Mother doesn’t know where love has gone
She says it must be youth that keeps us feeling strong
I see it in her face that’s turned to ice
And when she smiles she shows the lines of sacrifice……….:

Later on when Talentime ended, the Eurasians went into great depression and stole even more chinese girlfriends to console them.

Without Talentime, they then waited for weddings to come by so that they could perform.

A typical Eurasian wedding lasted weeks because everyone who came wanted to perform.

Immediate family were entitled to perform as of right and this will last usually 4 days.

After that, 300 cousins will take their turn, followed by guests who came bearing lavish gifts.

Some strangers gate crashed bringing their kids to do a family synchronised dancing gig.

On the 7th day, they will take a break from the wedding performances to go to church because gragos are a religious lot .

Most Eurasians are Catholics because the catholic mass has lots of singing and swaying. The church gives them another chance to perform.

You can’t miss the gragos in church.

They are the irritating good looking family that walks in together in slow motion, dressed in 3 piece suits and long flowing dresses.

All of them will be wearing hats.

And they will make you feel inadequate and small with their beautiful Talentime voices.

They will be in the pew in front of you singing “As the Deer” in 7 parts harmony and doing a gentle synchronised side shuffle.

In church, the eurasians young and old will sway stylishly all co-ordinated and in sync (both in color and movement) like Westlife.

And when that part of the mass arrives when you say “peace be with you ” to those around you, those spinning backwards stylishly michael Jackson style will invariably be the gragos.

It’s no wonder so many Chinese dropped off from church to become Buddhists.

John Rozario: Dude I’m inviting you to my wedding dinner in June.

John Rozario: Er no ….. no performances, we are keeping it simple

Toby Amadeus: Yes say no more I will perform!  I will sing “Total Eclipse of the heart”. Then I will do the Michael Jackson “thriller’ dance – I must practice !!

Andres Ayala Hotung: Me too! I will sing acapella while breakdancing!! And I will perm my hair!

The connection to Mee Rebus

Err why are we talking about Eurasians?

Eurasians are Gragos and gragos are the shrimp sometimes found in Mee Rebus duh.

How to describe the dish if I don’t properly introduce the Eurasians ?

OK the name is boring as hell that’s why we never translated it into english.

It is universally still known by its Malay name Mee Rebus which sounds silly but at least it’s not boring.

Yellow egg noodles are blanched, and then flavoured with a thick gravy which is a rich broth of grago (tiny shrimps), flour, sugar and salt.

To enhance its flavour, herbs and spices such as lemongrass, ginger and shallots are added to the mix .

Traditionally, the gravy is thickened with mashed sweet potato and ordinary potatoes, while other variations add ground peanut.

Yes you heard me right. Total carbs overload. You are munching noodles and slurping potatoes.

And just when you thought you were going to die from potato overload, they often serve this utterly delicious potato cutlet called “bergedil” as an accompaniment.

In addition, sliced green chillies and fried shallots are added for additional bite and a drizzle of dark soya sauce adds body and color.

A slice of limau kesturi (lime) is served on the side to be squeezed over the dish, adding a sour edge and cutting out the heaviness.

Yea right. A lime will do the trick.

What makes a great mee rebus

Ok I can talk about whether the mee is nice and al dente, whether the ingredients are fresh and nicely fried. 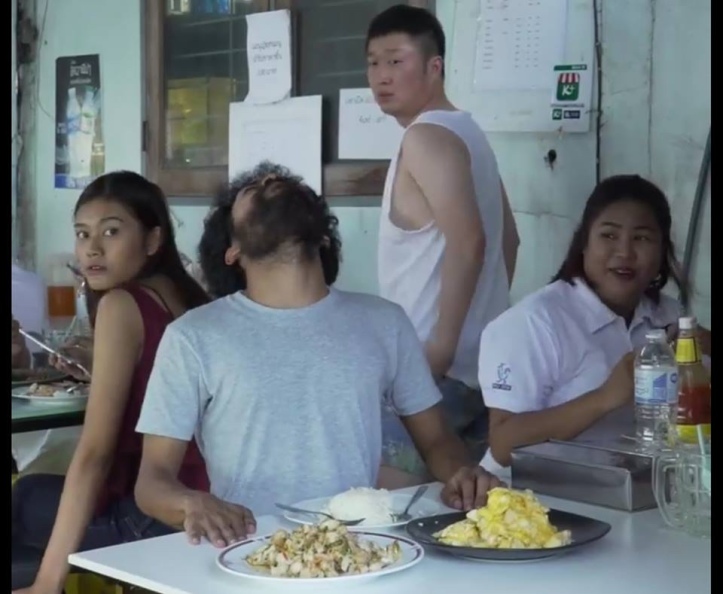 But really, and take it from someone who loves mee rebus like Romeo loved Juliet, it’s all in the gravy.

Juliet, when we made love you used to cry
You said ‘I love you like the stars above, I’ll love you till I die’
There’s a place for us you know the movie song
When you gonna realize it was just that the time was wrong, Juliet?”

The next time you have your mee rebus, close your eyes tightly on the first slurp, throw your head back and savour that magical gravy.

Is it watery and thin like the tremblings of a tentative insipid rancid creek or the gush of a thousand orgasmic waterfalls ?

Were you rewarded with the right stickiness and consistency brought on by the perfect amount of blended potatoes and sweet potatoes?

Forget subtlety – the sauce has to be oozing, unctuous, it has to coat your mouth with the illicit promise of a thousand licentious pleasures.

It has to be savoury, but yet tempered by the burst of fresh lemongrass and lime frolicking with a hint of soy and tau cheo.

Teasing, calling out, seducing shyly but building up to a crescendo that you know is coming and which will make you weak to your knees and make you gasp and moan and beg for release and salvation ………. yes ……omg ….. yes …………

Sorry what was I saying …… oh yes the gravy.

And …. wait for it …. this is what is going to tip you off the orgasmic waterfall edge, the crunch of a thousand krill shrimps ….. the Grago. 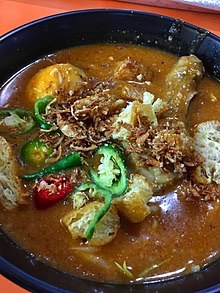 Yes folks, sadly true but many mee rebus stalls nowadays do not have the Grago in their dish.

If this happens, let out a blood curdling screech and march right up to the stall owner and demand

Make a fast exit if she whips up the parang.

The Portuguese has come for nothing.