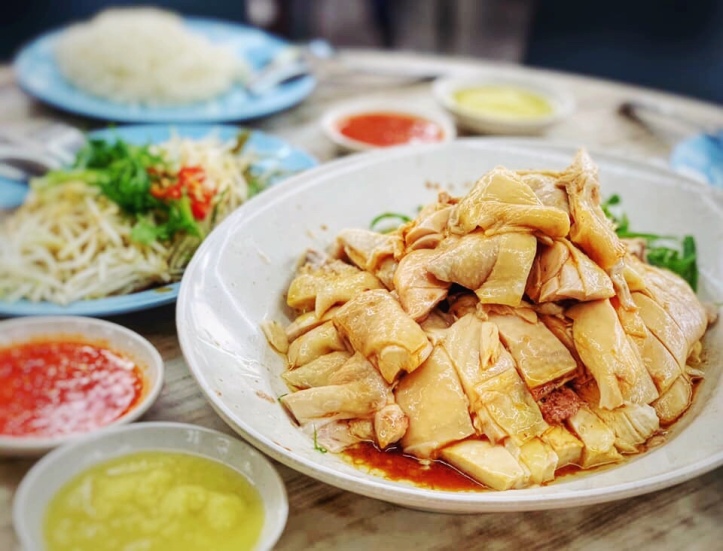 For the uninitiated, Hainanese is the word used to describe the people originating from the island “Hainan” in China.

The Chinese in Singapore are classified into various dialect groups like Cantonese, Teochew, Hokkien or Hainanese, pretty much dictated by where your ancestors hailed from when they came over from China.

The various dialect groups speak their own slightly differing language, have their own style of cooking, different temperaments etc.

For example, Teochew ladies are universally accepted to be nice and subservient (are we even allowed to say this anymore ?) – she will look after you well. You get to drink beer whenever you want, and she will speak to you in a loving sing song voice.

If you marry a Cantonese lass, I suggest you surgically remove your pair, put it in a sterile bag and hand it over to her without making eye contact. And try to ask for it back when you have had 4 kids and in your greying twilight years – if she is in a good mood she may consider it.

The Hainanese are known for a few things. The first is their handsome men. Yes their men are supposed to be delicate and handsome – that’s what I hear but you need to verify that cos I don’t date Hainanese men.

Teochew men are supposed to be cultured and sensitive. And they too speak in a sing song voice. 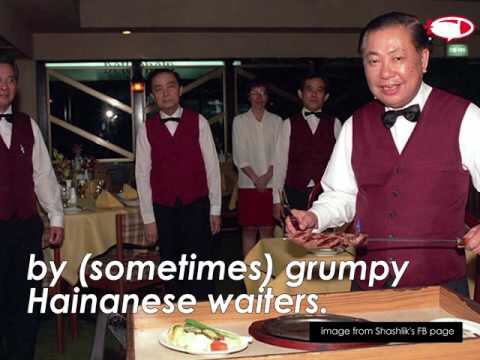 The second image of the Hainanese is the “Ah Kor” in the bow tie working in a colonial restaurant, who will shout at you if you asked too many questions like “where is my table” or “please uncle can I have the menu”?

Yes the handsome Hainanese “Ah Kor” (I think loosely translated it means “bad tempered brother”) dominated the food & beverage scene in the 50s in Singapore. Many of you were not born then so you wouldn’t know but some of us remember being chastised badly by these Ah Kors.

But we accepted it because they were handsome.

Why did they dominate the F&B scene and why were they dressed in bow ties ? 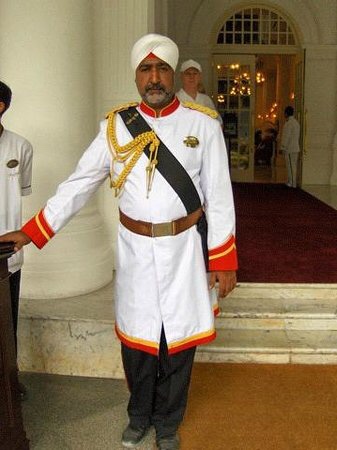 The first question is an absolute mystery to most but luckily for you, I have done extensive research on the matter.

The Hainanese men gathered together and decided that because they were handsome and needed to preserve their delicate handsome skin, they needed to be indoors in air conditioned premises. So waitering it is.

On the second question, one can make an educated guess. The British dressed their subjects and one day woke up and decided that their Hainanese restaurant servers will be decked out in bow ties, while their indian doorman will wear a turban and an elaborate hot costume in the searing heat.

Horrible and inhumane you say ?

Well they were our colonial masters duh, and at least they didn’t rape and pillage us.

How do I know this ? If they had raped us, some of us will have higher nose bridges and larger eyes.

They just made us wear fancy costumes.

And God introduced Brexit recently so they are kind of like being punished. 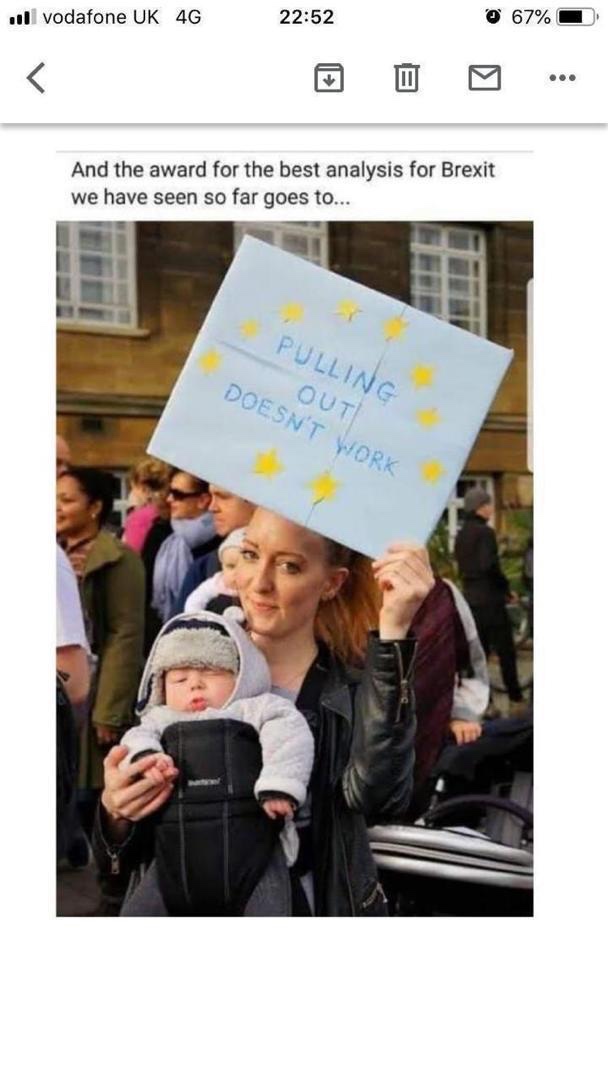 Ok where was I ? Ah ok, the Hainanese.

Mention Hainanese to anyone in singapore and they will finish your sentence by shouting “chicken rice”. Or “Handsome Ah Kors”.

Chicken rice is almost like our national dish. Singaporeans and Malaysians fight about whether they were the ones who invented this dish, and this is the real reason for the historical simmering tension between the two countries.

Oh and to declare the Hainanese Chicken rice the national dish in food mad singapore is almost sacrilegious. The Teochews wouldn’t accept that lying down and had pushed for their much loved “Teochew mee pok” (Teochew noodles) to be nominated.

The Cantonese had their “cze char” (fried assorted dishes) but also tried to make the claim that they too have their own version of chicken rice (I told you they were an assertive lot).

More of this later.

The Hokkien just looked on impassively and drank beer.

It is only in the context of chicken rice that you can answer the question “are you a breast or thigh man” without fear of appearing like a sexual deviant.

When you try to ask a singaporean sensitive questions like do you support universal suffrage and are women truly equal to men, you will find that they are extremely comfortable answering such complex questions (except men married to Cantonese women who will grope in a depressed fashion down there like an amputee experiencing ghost pains from their severed stump).

Other than gender, we are also flippant about race. Because we are a multicultural society, we can talk comfortably about why Chinese men make better lovers despite being smaller in stature, or why you can’t touch the Malay women when it came to being a sensuous and amazing tiger in bed, or why mamas (our indian brothers) cannot help themselves (they are genetically engineered) and every corner they find themselves in will be a corner where they will set up a corner mama shop.

The fact is – nothing is too taboo to speak irresponsibly about, and people are just not that sensitive in Singapore.

But attempt to suggest that your favourite chicken rice stall is the best in singapore, and everyone around you will turn into a hissing 55 year old menopausal Cantonese Aunty ready to pour scorn and derision on your impudent claim.

So instead, let’s try cooking it ourselves.

How to cook chicken rice 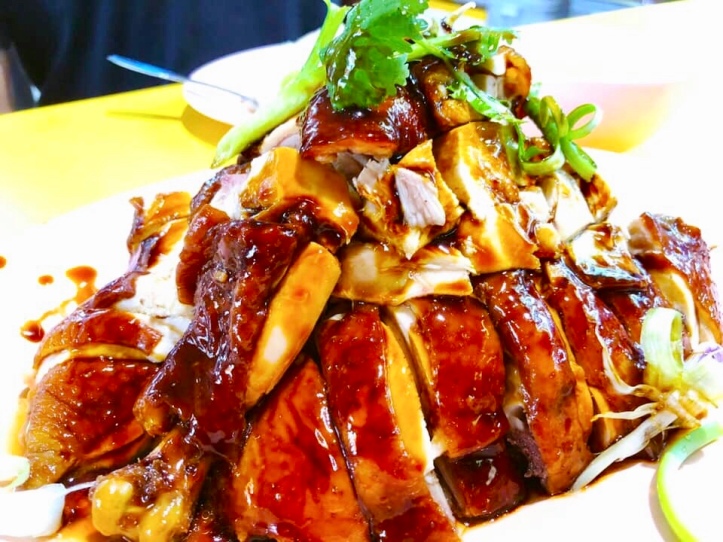 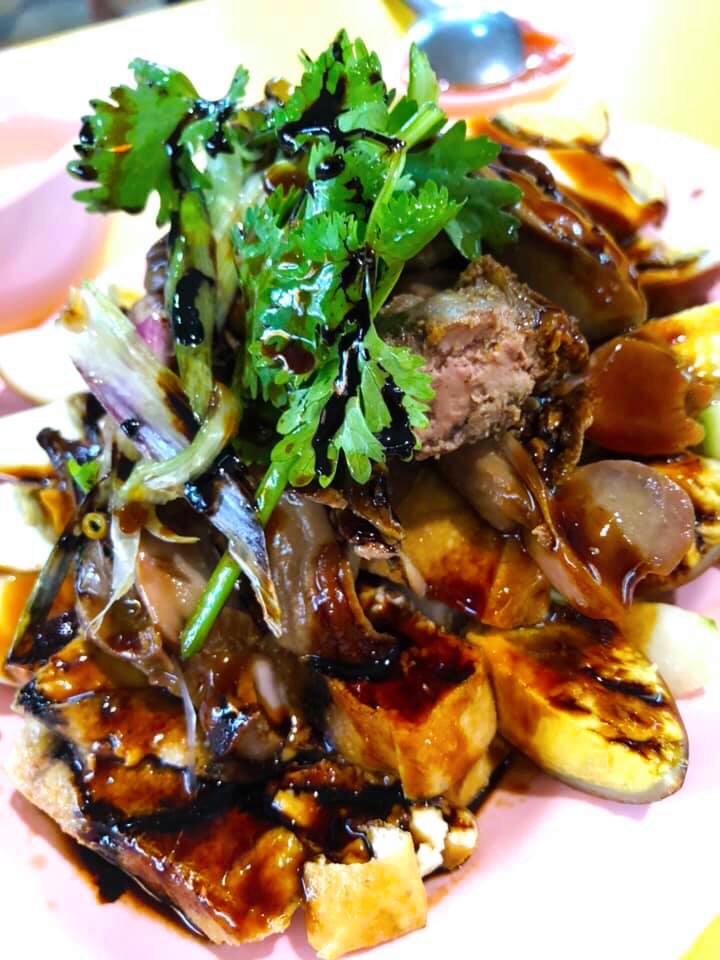 This is where the controversy starts – there is supposed to be a Cantonese version and a Hainanese version.

But let me tell you once and for all – there is only one version.

Why then, you ask, do you hear of the Cantonese version where the chicken is plunged in ice water so that a gel forms and the skin becomes shiny and smooth?

Isn’t this legendary method passed down generations by the Cantonese because of some culinary secret?

Let me tell you exactly what happened.

So the idea of perfecting chicken rice is to cook the chicken to perfection – properly cooked with no pinkishness capable of giving you salmonella but yet, at its very softest and most succulent.

For that you need to let the water come to a boil before you immersed the chicken, but then to switch off the heat so that the chicken is slowly and ever so gently poached with the water still hot but not boiling for the next 30-40 mins (with the lid on so that heat is maintained).

At the end of the 30-40 mins, you will want to stop the cooking immediately – hence you remove the chicken from the pot and plunge it into room temperature water completely submerged.

But what’s this with the Cantonese version where the chicken is plunged into ice cold water ?

Ok so this is what happened.

The Cantonese Chef was cooking the chicken and at the end of 30-40 mins he would typically bring the chicken out to plunge it into room temperature water.

So far so good.

On one fateful day, however, Cantonese Chef had prepared a big bowl of ice water to chill beer as his Hokkien Friend (“ahem”) was visiting and he didn’t like lukewarm beer.

So there were some nice cans of Tiger Beer chilling nicely in the ice water waiting for his Hokkien friend to arrive.

Just as Cantonese Chef was lifting out the chicken from the pot to plunge it into room temperature water, he heard his Cantonese wife’s shrill voice coming and he panicked.

He was terrified of his aggressive Cantonese wife having handed over his pair some time ago. So in a moment of panic, and being severely gonastically challenged, he plunged the chicken straight into the bowl containing the ice water to hide the cans of beer so that his wife wouldn’t see.

And hence the Cantonese version was born.

A friend whose parents sold Hainanese chicken rice for many years shared with me that the Hainanese do not shock the chicken – that’s a Cantonese thing using ice water to get the gel under the skin.

You then switched off the fire and let the chicken slow cook in the heated water with the lid on for 40 minutes.

At the end of 40, the chicken is taken out and submerged in room temperature water immediately (ice water if you’re Cantonese, beer if you’re Hokkien like me ie u submerged oneself in beer, not the chicken).

More on the tea bag technique mentioned above.

It’s not actually a cooking technique as such because I can’t for the life of me understand how this adds anything to the cooking.

Please do not accept anything told to you without critically cross examining these well meaning folks.

It makes no sense – why would dipping the chicken several times make any difference when you were going to submerge it completely in the heated pot for the next 40 minutes ? It defies logic and common sense.

It is actually to pray to the chicken rice gods to ask them to bless the chicken and make them tasty, so that you don’t appear like a dumbass to your dinner guests when your chicken emerged rock hard having experienced rigor mortis, or squirts blood like a horror movie from undercooking.

The dipping like a teabag thing signifies a praying motion like you’re carrying joss sticks in a temple.

If you didn’t want to do this (cos you’re icky holding the neck) you could do like me – make your helper hold the chicken neck with the chicken dangling in the water while I get down on my knees and do the real salutation to the chicken gods with my forehead banging the floor.

But the danger is your children thinking that you have lost your marbles and losing their respect for you, which is already hovering at a very low level.

Ok so maybe cooking the chicken yourself wasn’t the best idea.

The list of credible Chicken Rice Establishments in Singapore

At the expense of life and limb and spitting hissy Cantonese aunties, I hereby attempt to give you a list of the favourite chicken rice establishments I have been to and/ or like and/or wouldn’t mind being treated to.

A few names were provided by well meaning friends.

I provide this list with some trepidation but feel that since I have wasted half your life reading the drivel above, you deserve something useful.

And if you feel strongly that you have a name that deserves to be in the list below but it’s not, just know that I can amend this list easily to include any further names.

There are 2 ways to do this:

1. Send the name you are desiring to insert as well as your pic to me if you’re hot. But be extremely judgemental in assessing whether you are hot.

So here goes in no particular order:

So now that you know better don’t ever mention the words Cantonese and chicken rice in the same breath.

The Hainanese Ah Kors will not be pleased.