I have never really enjoyed eel at most Japanese restaurants until I ate at Man Man. I liked Man Man and have been there several times.

So when I passed by this restaurant on the way to Sushi Kaishin (it’s actually right next to it) at Robertson Quay, I made a mental note that I should try this place one day.

Unagiya Ichinoji is apparently opened by the same owners of a famous chain in Tsukiji, Japan which specialises in Eel.

Miyagawa Honten is one of Tokyo’s famous unagi restaurants, and now operates 20 outlets in Japan alone. 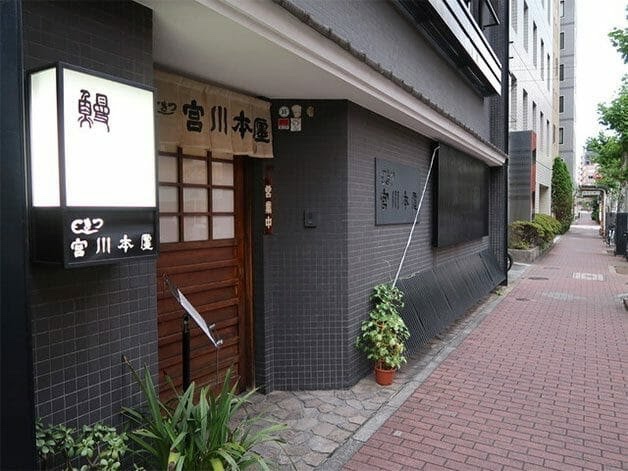 The 125-year-old shop is famed for their excellent charcoal-grilled eel dish that is soft and tender with a dense smokey flavour, and their thick and spicy umami sauce.

Its outlet in Meguro-ku, Tokyo has recently been awarded Bib Gourmand in Michelin Guide Tokyo 2018.

So check the Heritage and Pedigree box.

Wouldn’t that be marketing 101?

Intrigued, I went to Ichinoji a few days ago. The restaurant was quiet on a weekday lunch which was fine by me. 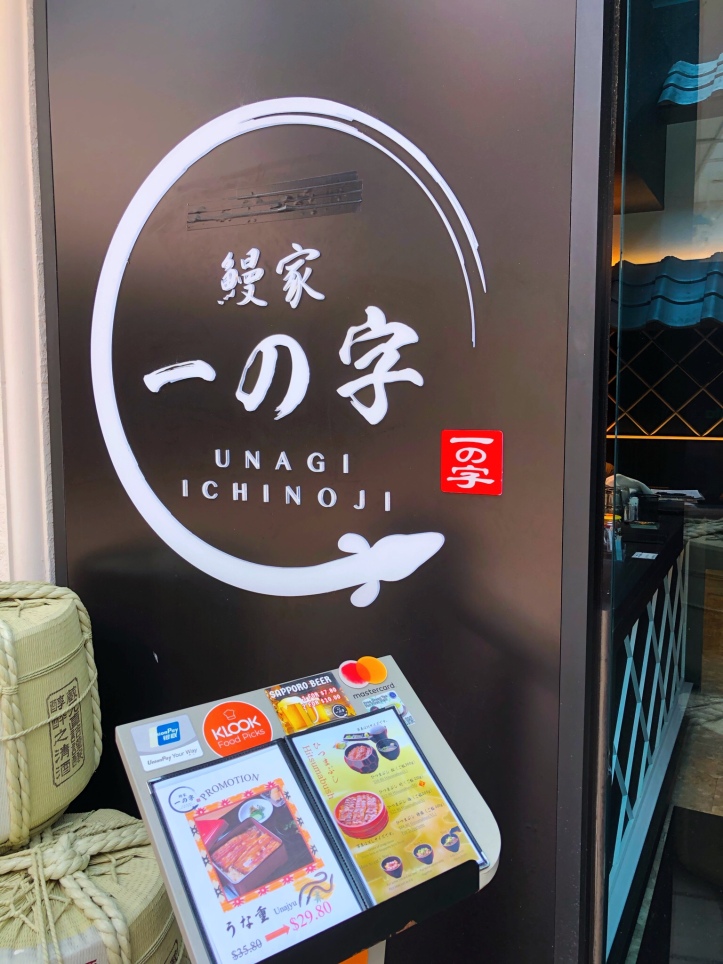 As I walked in, I met the ones that I’m about to eat. 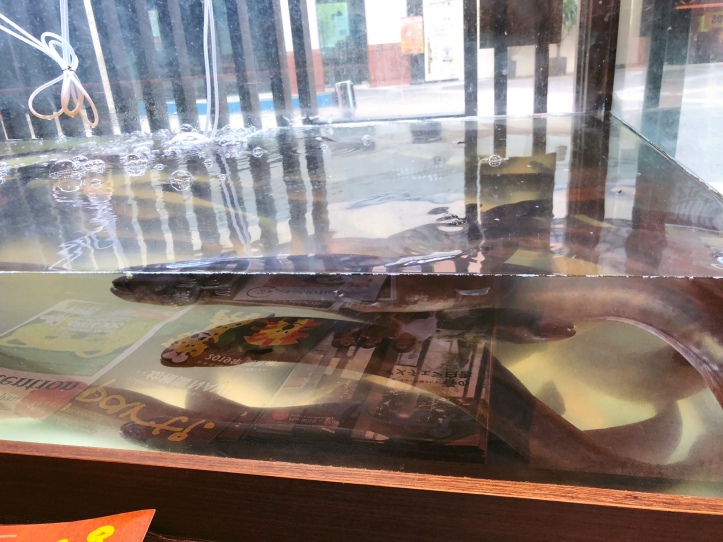 Ichinoji serves the Hitsumabushi  version that hails from Nagoya (also served in Man Man & Uya; a three-step process that involves mixing the fish with condiments, rice and dashi).

They also serve the Seiro Mushi from Fukuoka where the yam rice and eel is placed in bamboo steamers for a quick steam before serving.

My lunch companion Nic ordered the Unyaju where the eel is steamed first before grilling. The steaming apparently makes the eel softer.

I decided on the Hitsumabushi version as that’s what I had in Man Man, so that I could compare like for like.

I went through the menu and noticed that the pricing was not too far different from Man Man, although the XL portion here, priced at S$77.80 was meant for 2 persons. 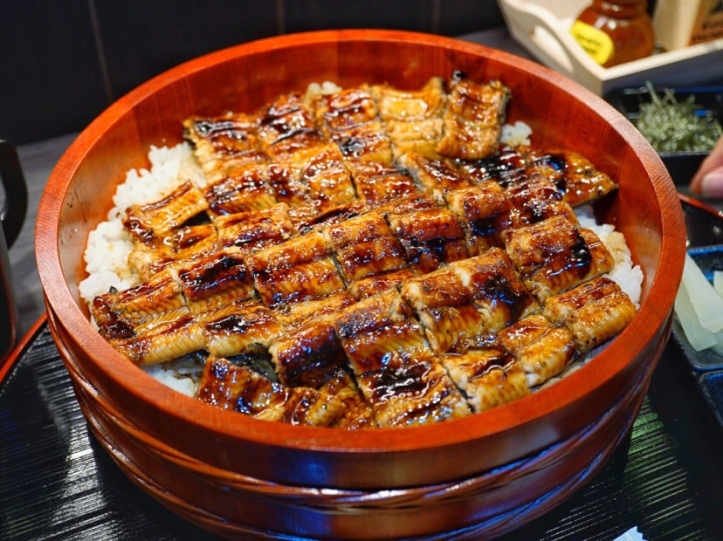 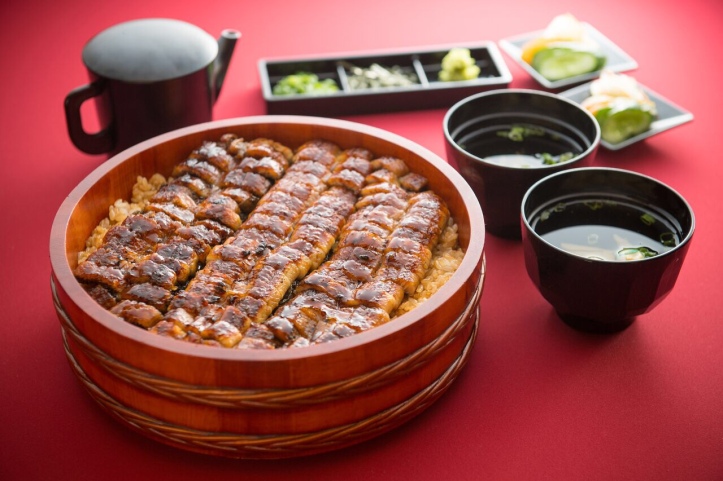 The XL portion looked huge and came in what looked like a wooden laundry tub.

I decided to order the L portion. And added on Mentaiko and chawanmushi which were side orders.

Our food arrived after a very short respectable wait. 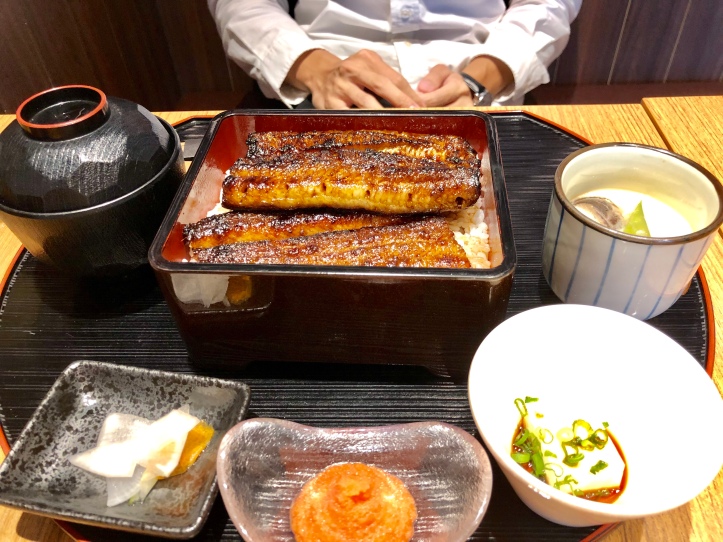 This was what Nic ordered. The colours looked good. 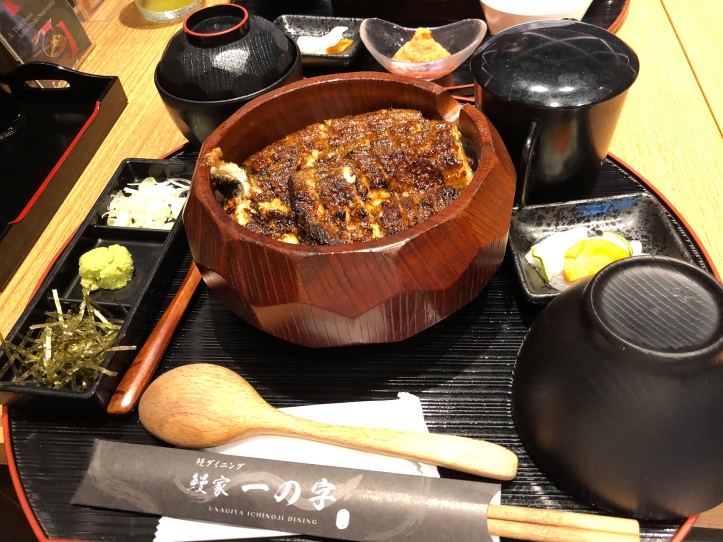 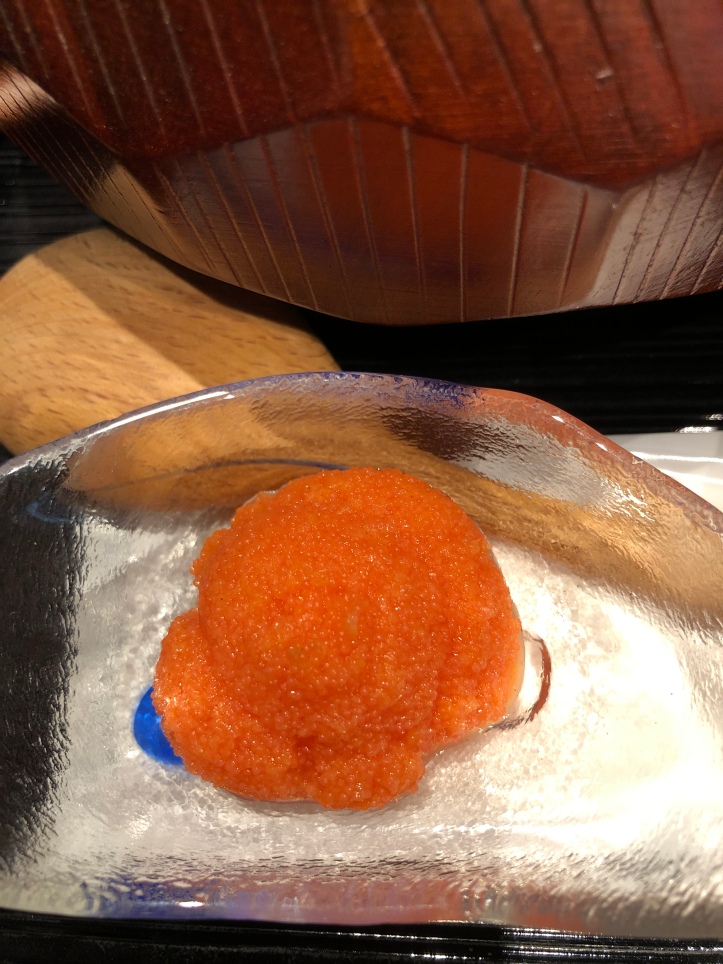 Heaven wafted as I put my honker close to the rice. Nice fragrant smoky undertones.

Wow, super classy. I think I had some rice on my nose coming up. I can see that Nic was visibly impressed with how suave and sophisticatedly cerebral I was.

The appearance was definitely pleasing enough (the eel not him) – nice streaks of char in soft glistening flesh evoking images of the charcoal grilling that had just taken place.

And the taste ? Soft and yielding with charred bits providing a little crusty resistance – nice.

They offer two variety of sauces – Tokyo or Singapore (sweeter). We both had the Tokyo version although Nic commented that he would order the Singapore version the next time as he liked it sweeter.

I think both Man Man and Ichinoji are not too far apart in terms of quality.

But Ichinoji (at least the outlet in Robertson Quay) has no queue, and the space is at least one third bigger than the Bugis outlet at Man Man which is very tight and definitely less comfortable. The queuing at Man Man can also be a pain.

But the only downside at Ichinoji (offered at Man Man) which can be so easily remedied – there is no wobbly onsen egg that makes one so happy.

See this bowl of happiness at Man Man with Mr Onsen.

In this modern world of crazy POO (Petulant Orange One), tensions in the South China Sea and boring boring Brexit, one deserves an onsen egg to be happy.

I can understand that it may not be so elegant in a serious eel restaurant with fine traditions.

But maybe offer that as one of your sides (since you are even selling spring onions and wasabi as a side) so that your inelegant onsen egg freak customer can have his fix ?

Perhaps like me everyone is crazed about onsen eggs and the addition may change your fortune and send customers beating down your doors?