The popular image of Sandwiches is that it’s a working man’s lunch. The construction worker in a yellow safety hat clutching a thick sandwich. 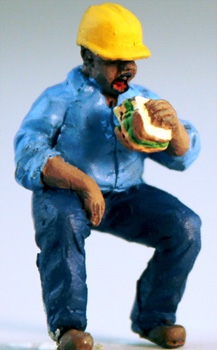 What do you think Chi Chi Tais Tais nibble on at high tea ? Açai and flaxseed ?

A few years ago I prepared these sandwiches for some Chi Chi Tai Tai friends upon their request.

It was back breaking.

So why did I agree to do it?

Cos I didn’t want my friends appearing in Tatler anorexic and rich.

And also they called me darling. 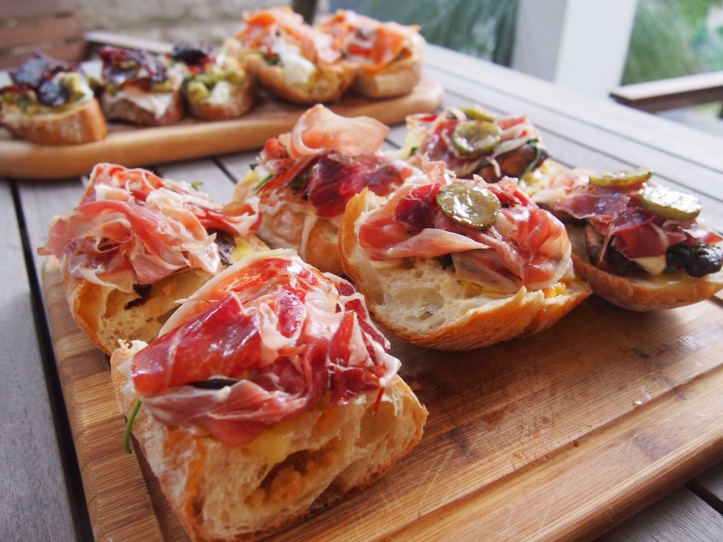 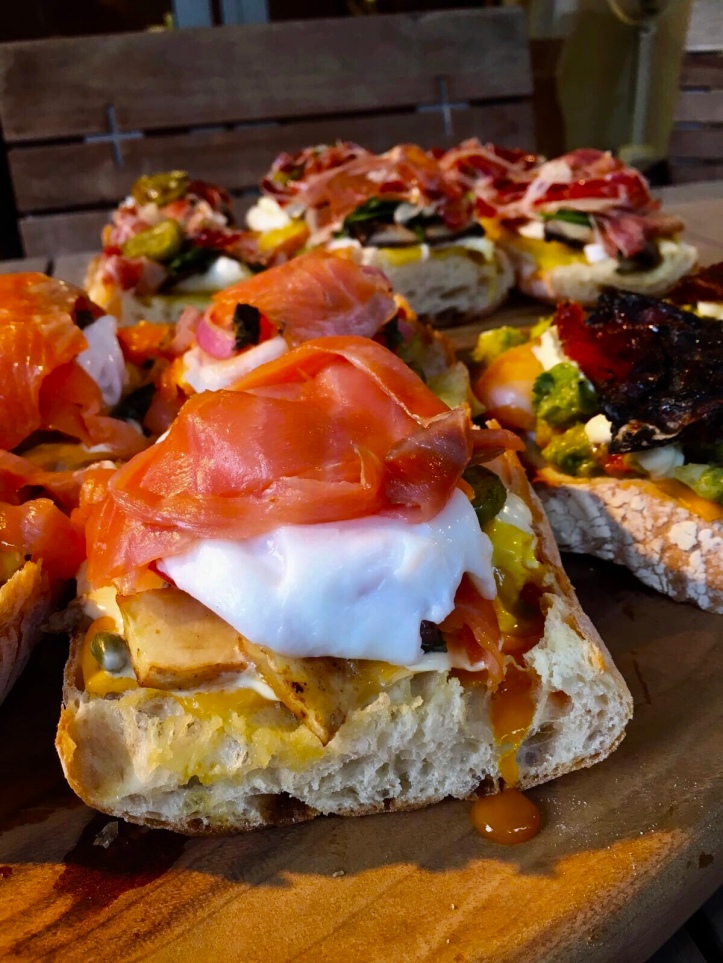 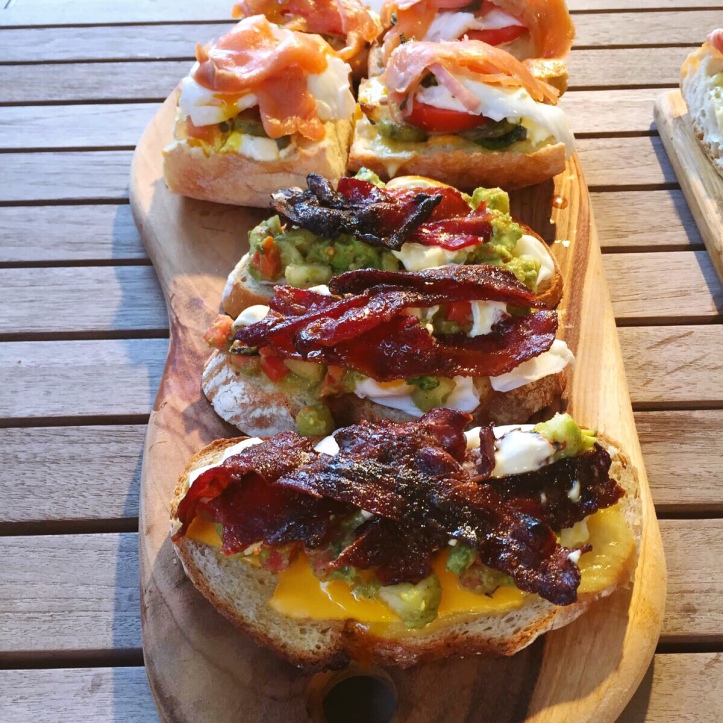 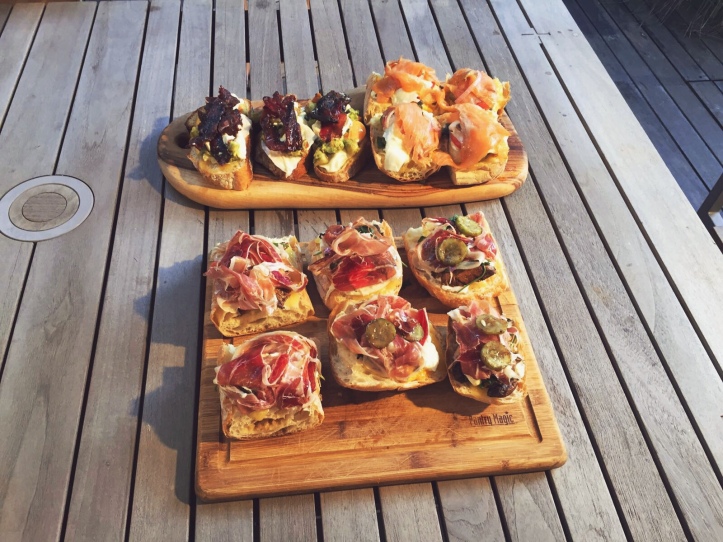 Just in case you don’t believe me there’s Mr Wolf slaving away. 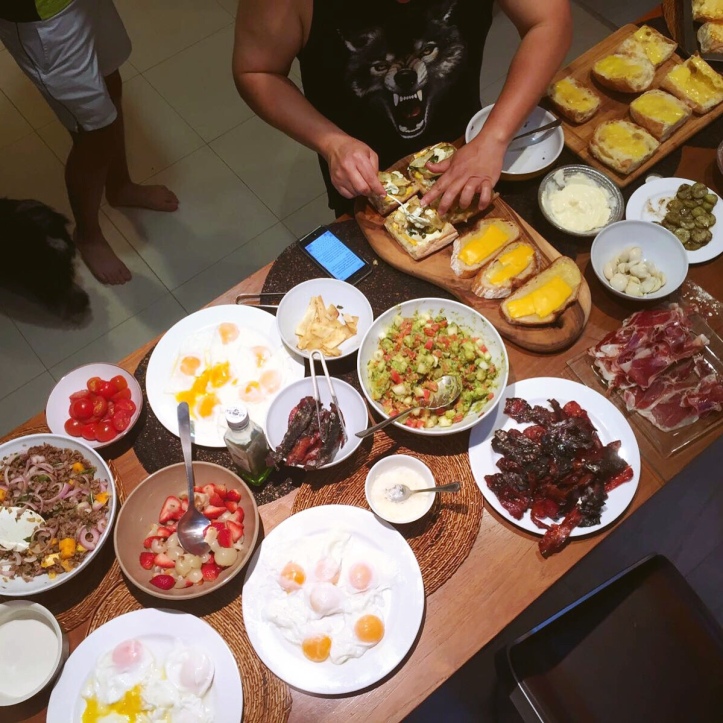 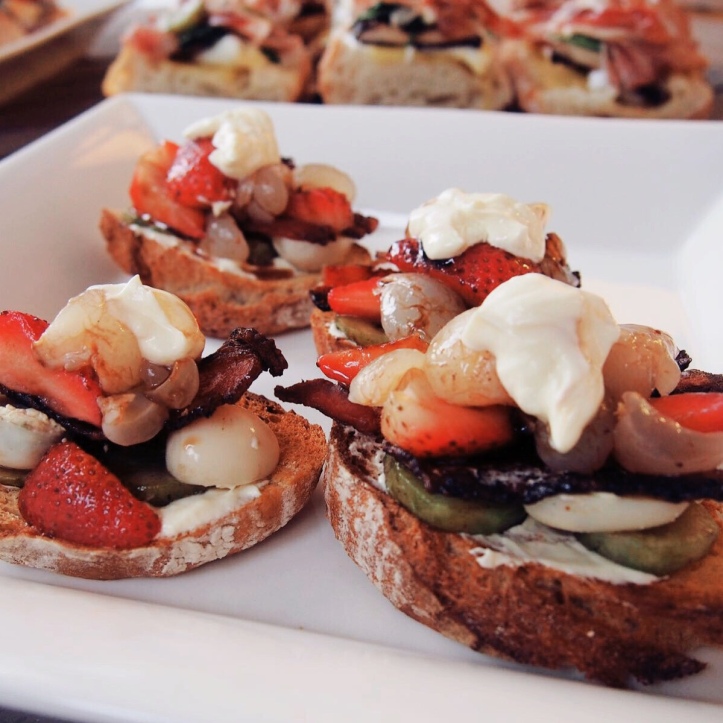 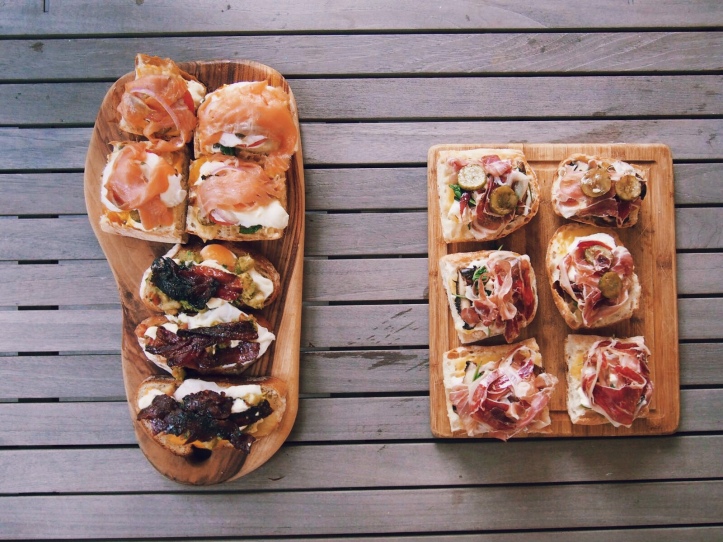 The Origins of Sandwich

The name sandwich was adopted only in the 18th century for John Montagu, 4th earl of Sandwich. According to an often-cited account from a contemporary French travel book, Sandwich had sliced meat and bread brought to him at the gaming table on one occasion so that he could continue to play as he ate; it seems more likely, however, that he ate these sandwiches as he worked at his desk or that the world became aware of them when he requested them in London society.

His title lent the preparation cachet, and soon it was fashionable to serve sandwiches on the European continent, and the word was incorporated into the French language.

The Wall Street Journal has described it as Britain’s “biggest contribution to gastronomy”.

That’s like saying Taiwan is the biggest contributor to Cricket bats.

Monster boy asked if I could make steak sandwiches and creamed spinach this week.

Think he’s trying to buff up for Tuesday’s rugby game.

I contemplated whether to tell him muscles building doesn’t work that way.

But he will just roll his eyes and argue with me.

So I just bought more beef.

So Sandwich it is.

When I think Sandwich I think open faced sandwiches.

Closed sandwiches are just so prissy and unfriendly. 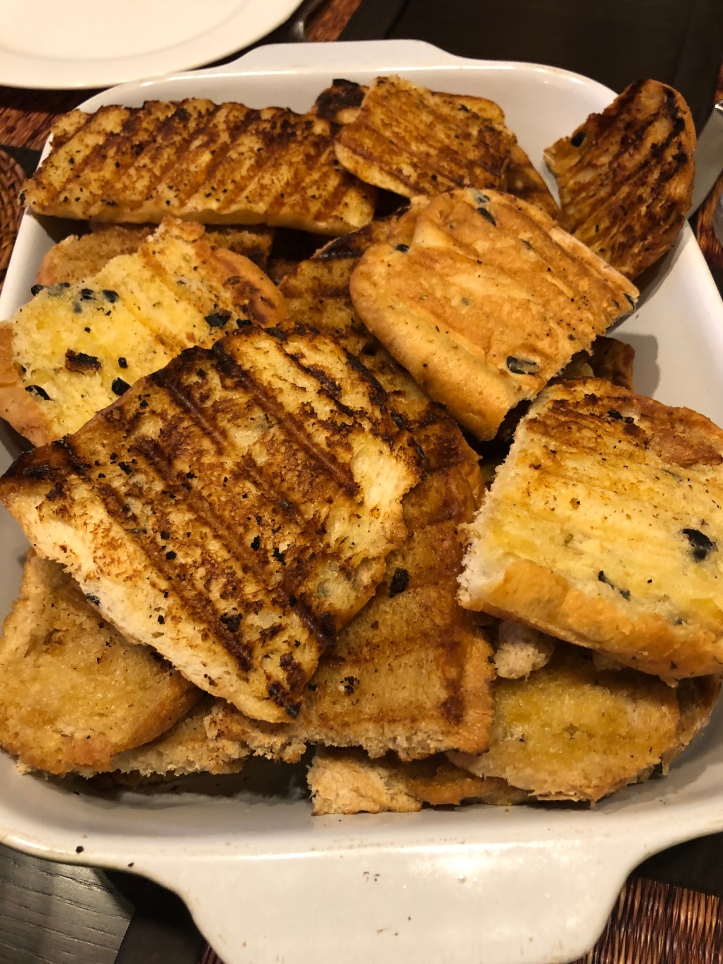 Focaccia, ciabatta and sourdough are my favourite bread for sandwiches.

I like my steak to be cut one and half inch thick so that it can withstand a nice intense sear and yet the middle will always be pink like a baby’s bottom.

Do not overcook the beef. It will bring shame on you and your family, and the whole world and stray dogs will know you are a bad cook.

Dude, remember these are open faced sandwiches for the world to see. There is no extra bread on top covering your meat.

It’s why girls go on a six month intensive Keto diet and manic work out regime, cos they are going to the beach in their bikinis sometime in August to play frisbee.

What you see is what you get.

So I went on a Keto diet and worked out excessively. Then, in a heavy cast iron pan, I added olive oil and some butter and brought it to smoking hot. 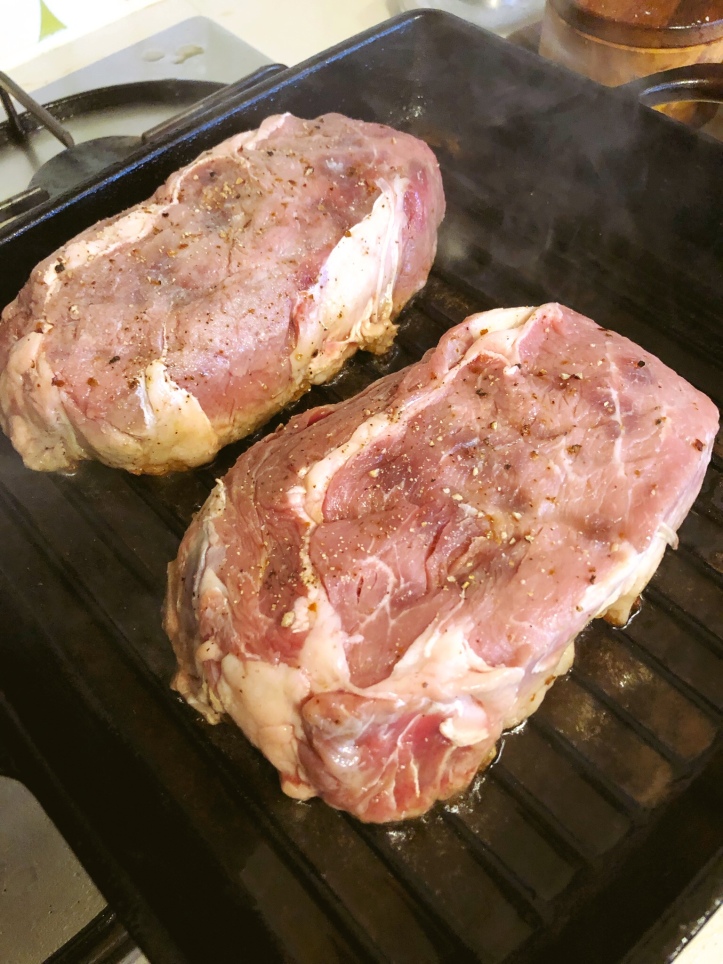 I grilled the steaks (seasoned generously with pepper and salt) skillfully in a heavy grilled pan, 2 – 3 minutes on each side, then removed it from the pan and set it aside to rest for 20 minutes 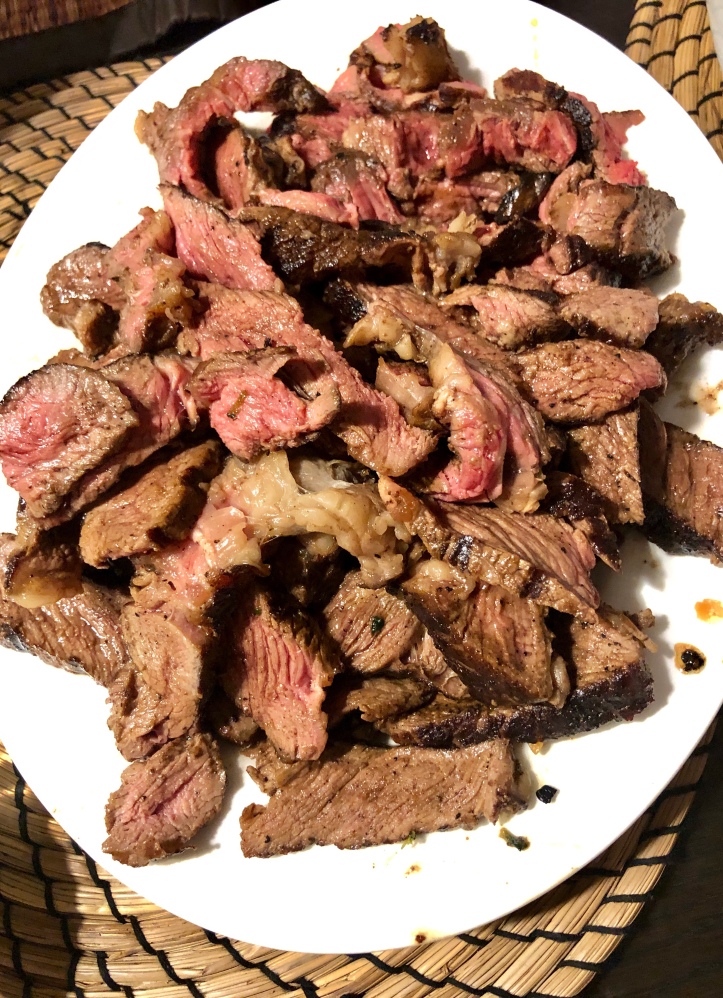 I then sliced them thinly and sensuously.

My friendly neighbourhood fishmonger sells this canned crab meat imported from overseas which is of a reasonably good quality.

I can introduce him to you if you want. He answers to Ah Boon or Rockwell (depending whether it’s day or night ) and he likes to rave and go clubbing.

I pan fried a generous dose of garlic with the crab meat in a hot pan. The garlic helps to cut down the fishiness of the crab meat.

Season with pepper and salt and continue to cook for a few minutes. Remove contents from the pan and transfer into a large bowl.

Add in half a lemon and mix well.

When the crabmeat has cooled down, I added 6 water chestnuts chopped into very small bits to give it that refreshing crunch.

Start with 3 teaspoons of mayonnaise and gradually add more until you get the consistency you want.

Add the juice of another half a lemon to give it a refreshing tangy taste.

Boom! You now have something which will make a pescatarian smile stupidly. 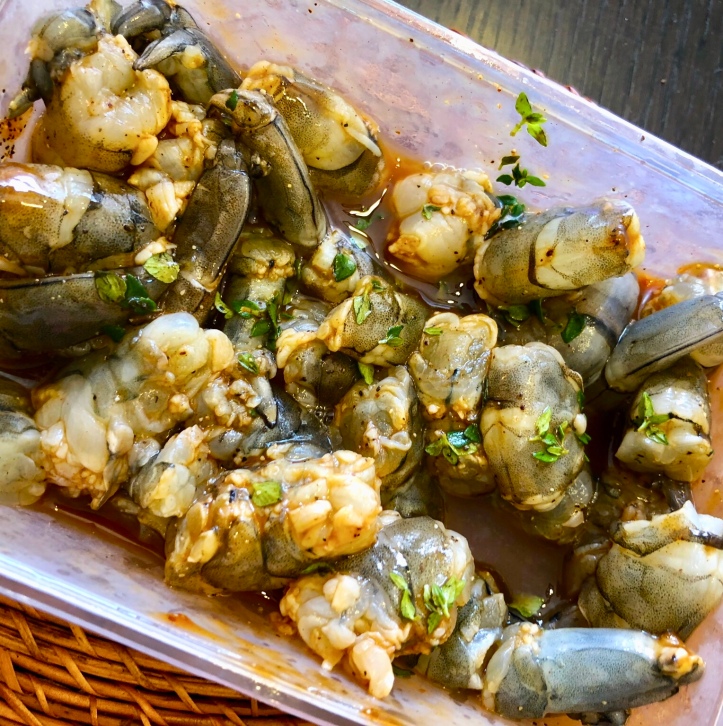 It’s worthwhile buying large prawns for this as they will have a better crunch.

First, I seasoned them. You can experiment with whatever seasoning you want. This time round, I decided on salt and pepper, a tablespoon of Worcester sauce (Lea & Perrin) and a tablespoon of Brown sauce (HP sauce) . I also added one and a half spoon of sugar. Leave aside for about an hour.

I like to pan fry prawns in butter. So add some olive oil ( to prevent the butter from burning) and a generous knob of butter.

Pan fry the prawns over high heat turning constantly. Make sure all sides of the prawns have turned trump orange showing that it’s cooked, and remove immediately. 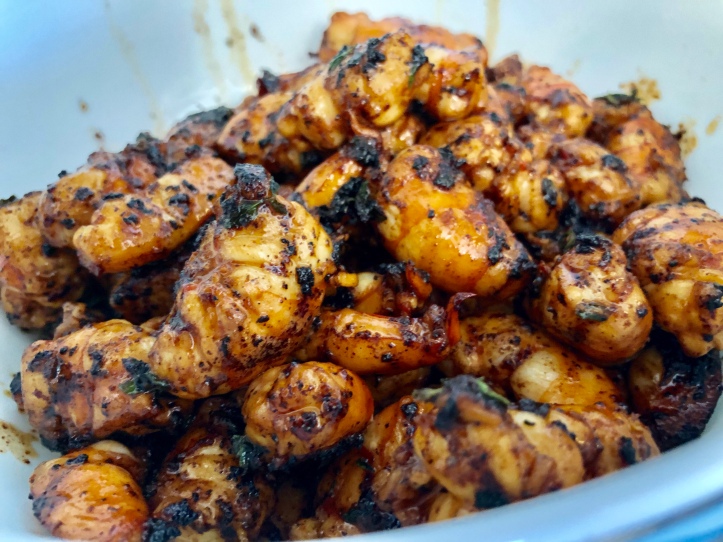 You don’t want to overcook the prawns leaving it hard. You want it nice and crunchy. 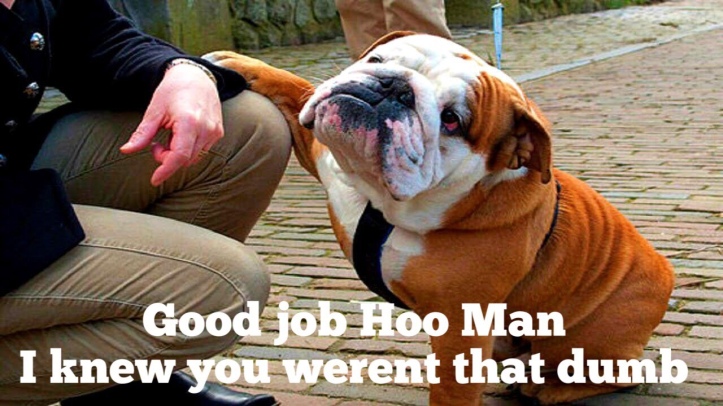 Now the sauce. Mix well in a bowl:

the juice of half a lemon 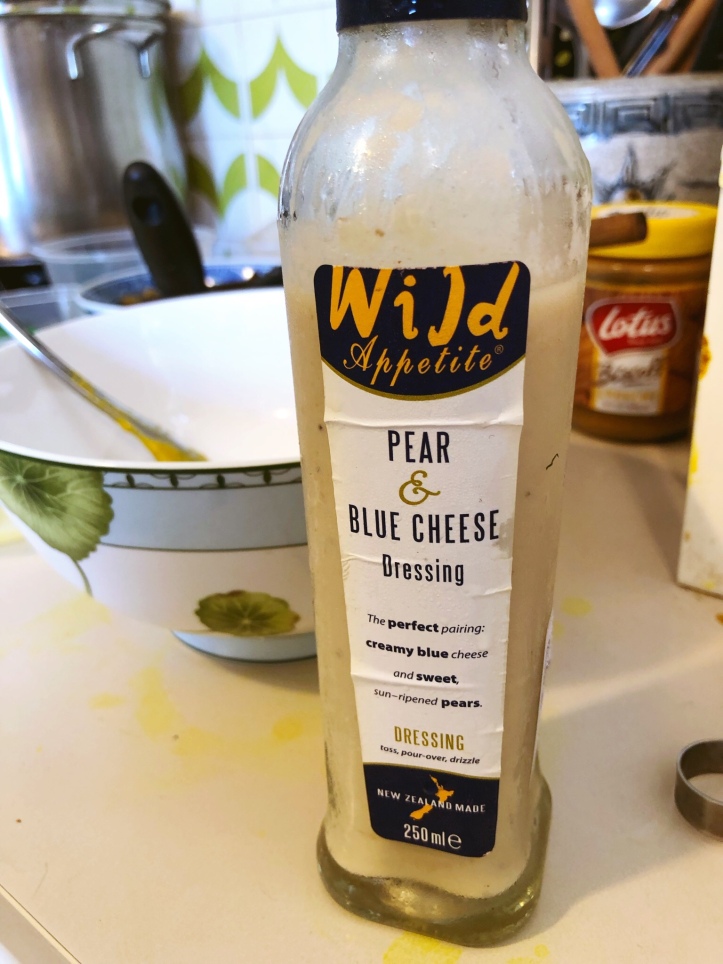 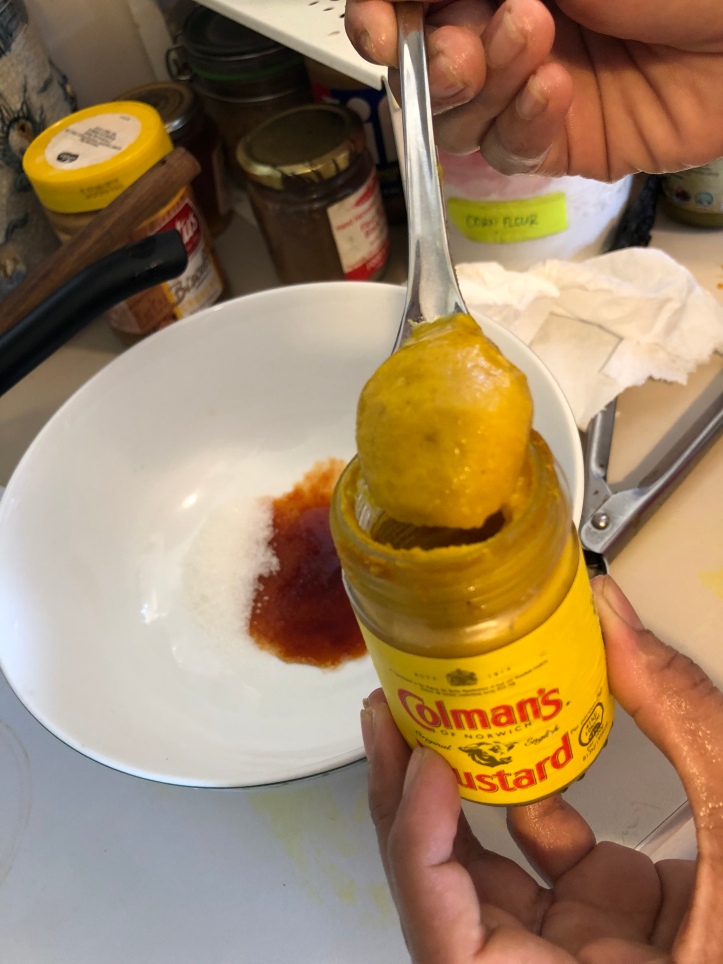 Slice the fried prawns and mix the prawns in this mixture. 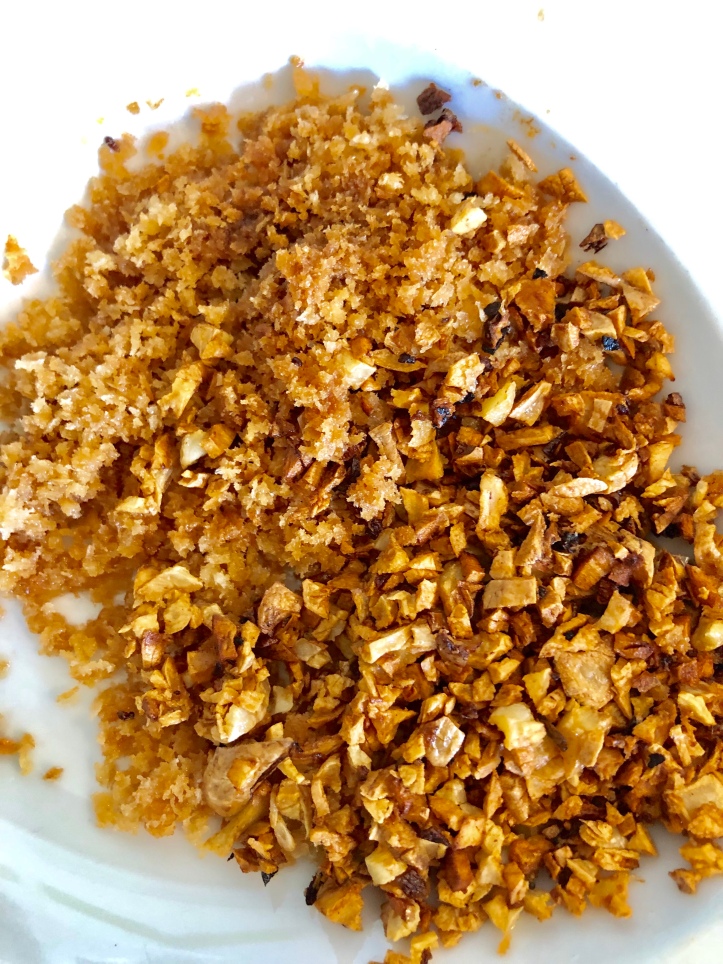 For the crowning glory, fry some crispy minced garlic and some panko (bread crumbs) lightly fried until crispy and strained, and add into the prawns and stir well. 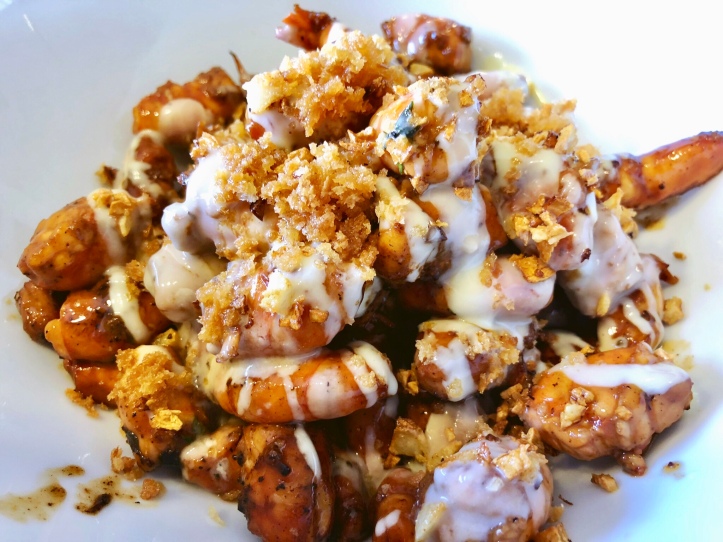 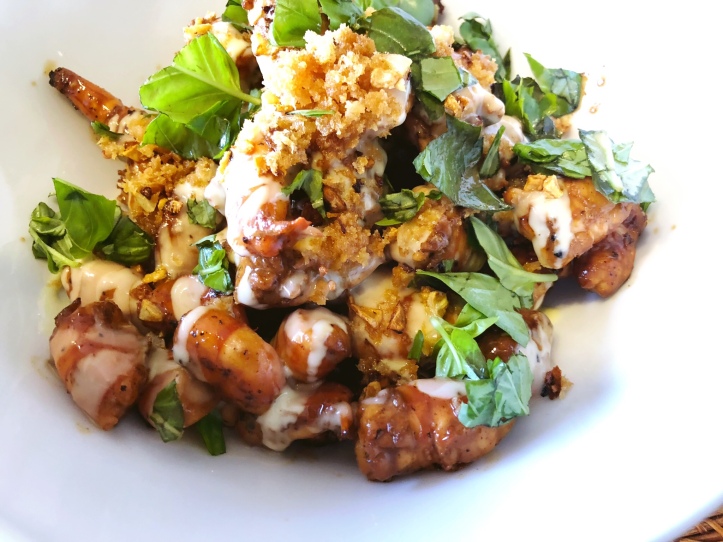 Avocadoes are good both on your face and in your sandwich.

However, contrary to popular belief, applying it on your face does not make you highly attractive to your partner (unless he is mentally ill and have an avocado fetish).

In all likelihood, there is a high chance you won’t be getting any nooky tonight.

Sliced avocado not on the face, however, works particularly well with the crabmeat as well as the corned beef which I was preparing. 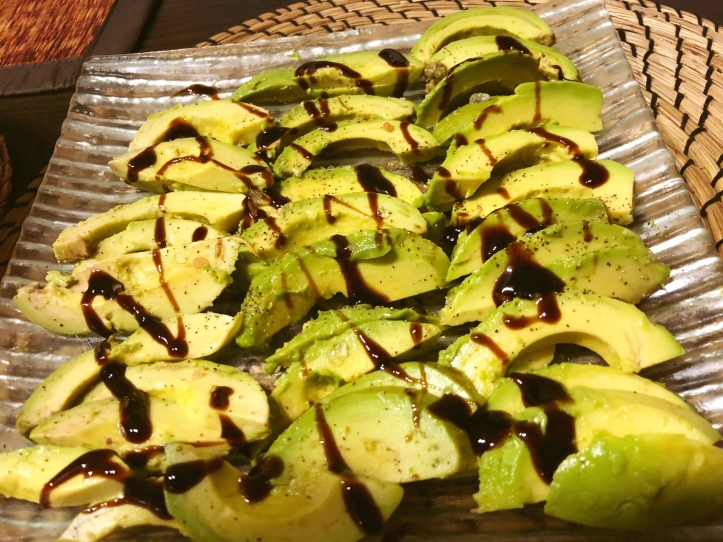 Cut the avocadoes just before serving, slice or quarter them and trickle over some balsamic cream, pepper and salt, and dribble olive or truffle oil.

A few squirts of lemon over the avocadoes will work too.

I watched this video years ago on how to make those creamy scrambled eggs – the ones you find at a good hotel breakfast.

Ever since then, I have always made my scrambled eggs this way.

Skip the creme friache if you don’t have them. 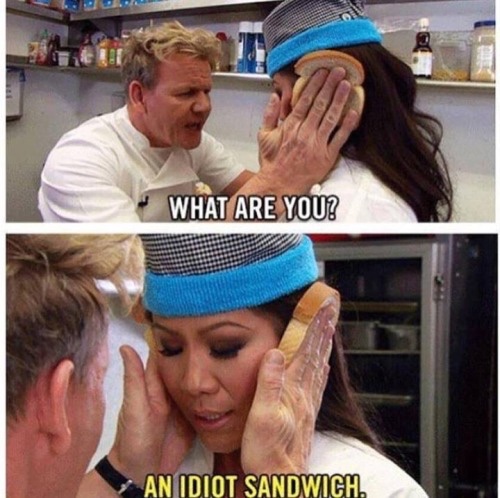 The video features Mr Intense and if you don’t make your scrambled eggs his way, you know what he will call you.

I opened a can of corned beef dramatically.

Voila ! Go nuts. You are a culinary boy wonder!

Seriously. I also fried one whole onion that has been diced in 2 spoons of heated olive oil, then added 2 or 3 whole chillis, seeds removed and finely minced.

Fry for a few minutes until the onions start to brown.

Now add in the can of corned beef, turn down the fire and break up the corned beef.

Add some pepper if you feel bored.

Remove from the pan and if you feel quirky, squeeze in two small limes to lift the flavour, seeds removed.

As an option, when cool (both you and the corned beef) you may add some mayo.

Why always mayo you may ask ?

But if you must ask, mayo is God’s nectar and tastes awesome on anything. 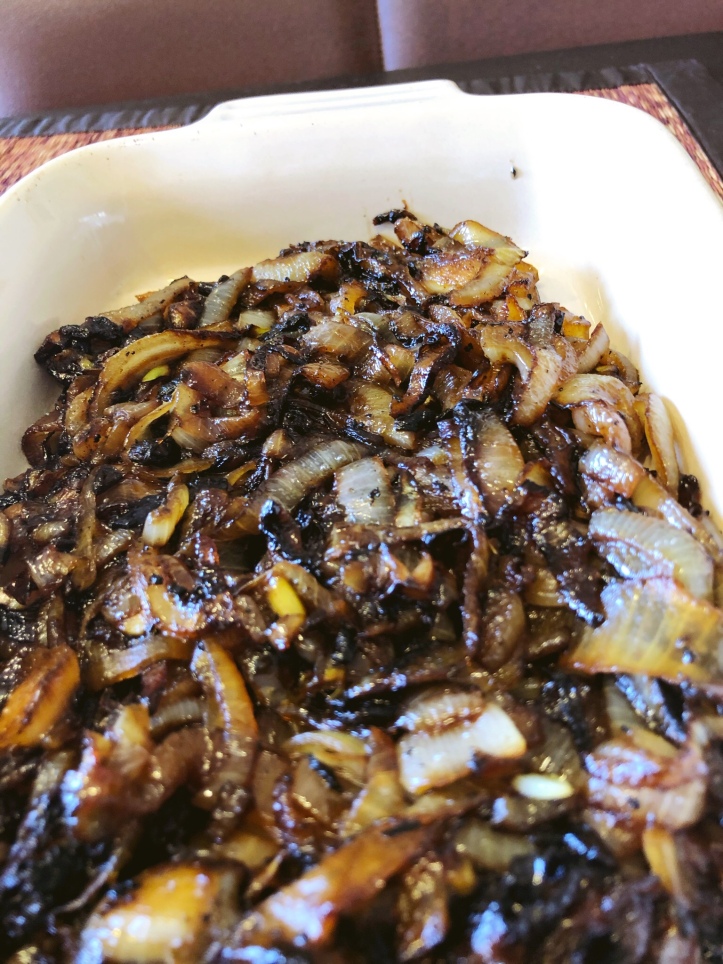 My kids are caramelised onions monsters. I encourage this as I don’t want them to kiss anybody and want them to live with me forever.

So I cut 6 big onions (yellow or purple it won’t matter) into medium rings or slices.

In a hot pan, add about 6 tablespoons of olive oil (approximately 1 spoon per onion) and a small knob of butter (for taste). Pan fry the onions over a medium heat, turning occasionally.

When the onions start to brown (this process may take a while perhaps 10-15 minutes), I added 6 tablespoons of brown sugar (one spoon per onion). Use white sugar if you are an imbecile and don’t have brown sugar.

Cook for another 5-10 minutes over a low flame.

I used birds eye frozen spinach so I defrosted them and squeezed out the water.

In a pan, I melted some butter and sautéed half a diced onion for one minute. I then added two heaped spoons of chopped garlic and continued stirring for the next 2-3 minutes until the garlic starts to brown.

Add cream cheese and a cup of milk stirring until the cream cheese is melted and smooth. Add more milk if desired.

Stir in spinach and simmer over medium heat for about 5-7 minutes.

Season with pepper and salt.

And for the coup de grace, grate over a generous amount of Myristica fragrans.

Intrigued yet ? And how do you get hold of this Myristica thingy ?

You can buy a ticket to sail to the Bandas Islands. Or you could buy it in copious quantities in Mustafa.

Switch off the heat and shave parmesan over the spinach for a heart attack effect.

You only live once.

And your cardiologist needs to upgrade his 6 year old Porsche. 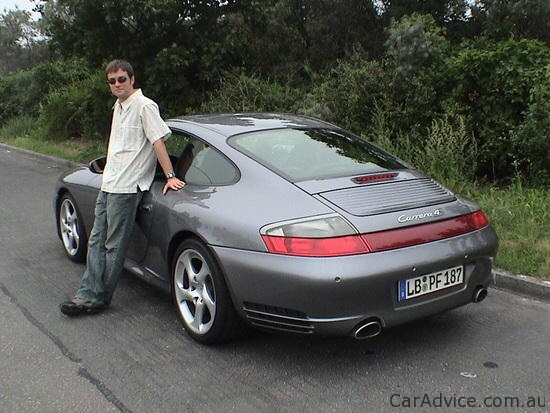 So you still think sandwiches are not suitable for fairly elegant company? 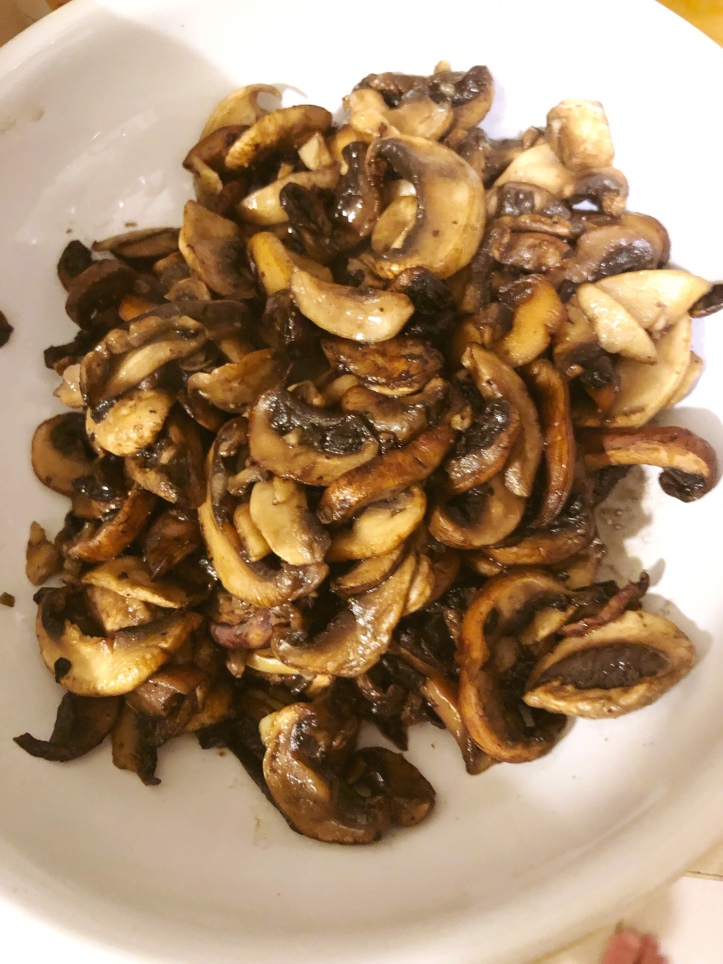 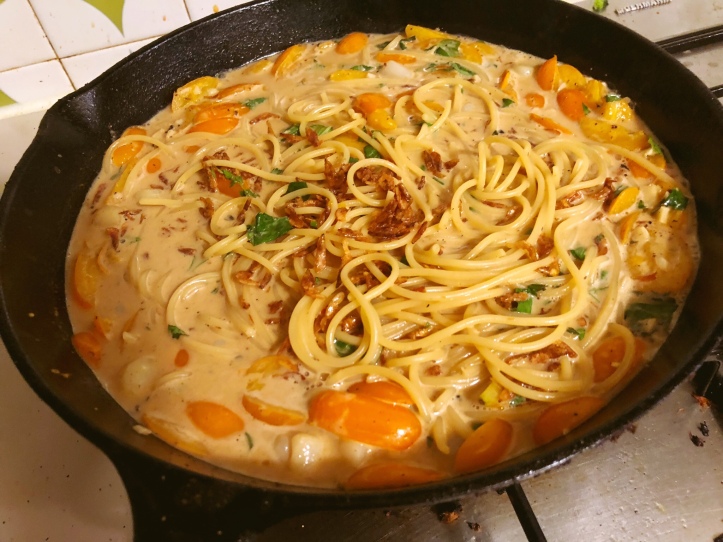 I’ll leave you to decide.