I have worked out hard 3 days in a row in the gym this week since I was not travelling. And so I was aching like an agitated albino pregnant Ape in its final term.

Hence I decided today would be cheat day.

Sarah told me that she loves the fried Tom Yam Maggie at this 24 hour place called Putera Puteri, and she is sure I will love it too. It’s a few doors away from Foong Seng nasi lemak behind NUS hostels.

So off I went this morning since I had to drop Megan off in Dover.

It’s all about pacing and getting the moment right so I ordered a Teh Halia no sugar less milk. But you are not allowed to have that (according to the Bible John 3:6:9) without a prata so I ordered Prata Bomb. 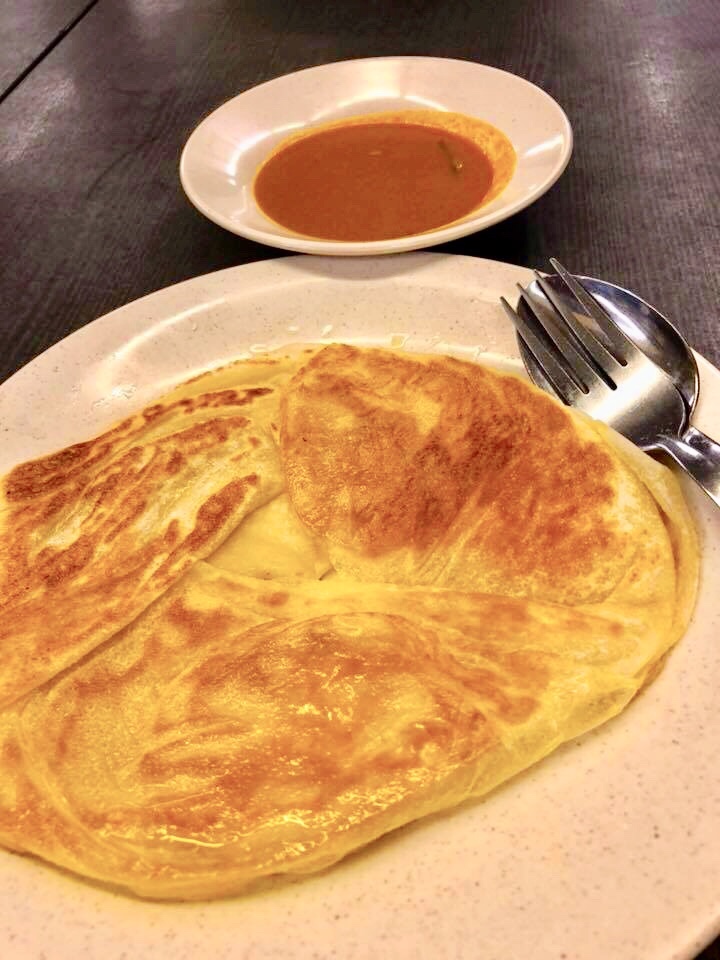 It was delicious. Crispy with just the right reluctant whimpering tear when you tugged at it . A chewy yet savoury crunch with levitating eroticism.

Bomb by the way means sugar and butter centre and that honeyed sweetness erupted with and tempered the fiery insolence of the curry. 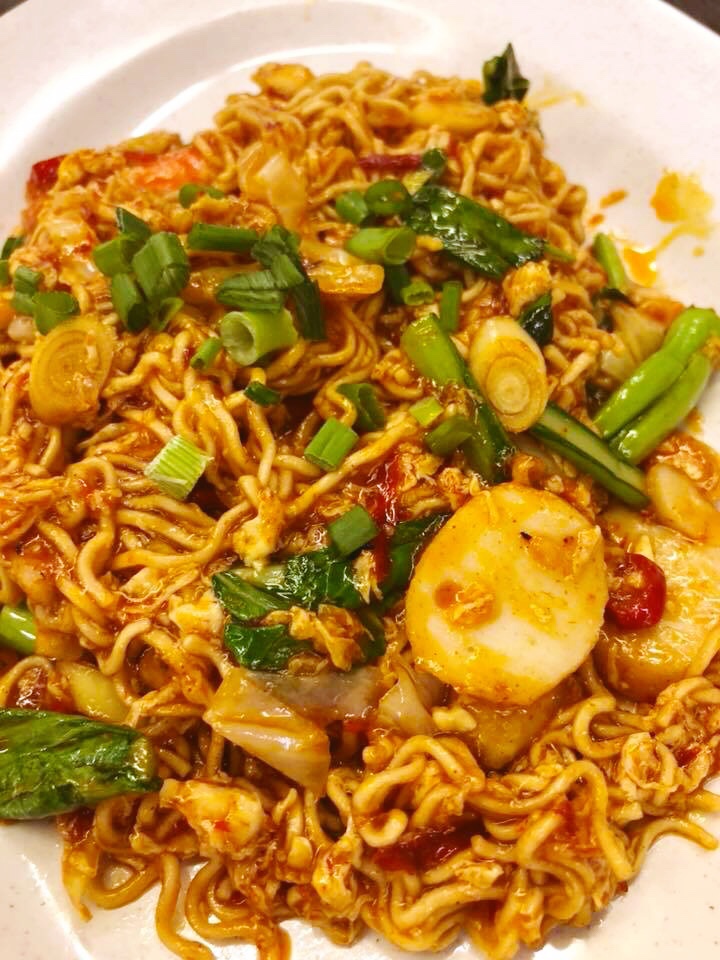 I always stare at my food because appearance is a big part of food appreciation. Ugly things don’t please.

That’s why we try harder.

I silently spent some quiet moments with it. We could become friends. Hell I could even get serious and have twin babies with it.

The fiery tangy sticky pungent tom yam waft of sour small frisky fishes invaded my senses. And only Maggie with its wiry springy teenage bounce could complete the picture.

I was intrigued and satiated.

I stopped halfway through as I realised there was a slight imbalance in the cosmos. Only a waterfall could take me over the edge. Something watery and passionate. I looked around for a sign.

It was storming with a Vengeance and I could go nowhere fast. And I can’t believe it. My Song came on the radio.

I looked at Abang and he was mouthing to it. I was 15 again and was singing the scorpions anthem “Always Somewhere” with a group of Mats in a SBS bus.

I closed my eyes and regulated my breathing. What’s that lord ? Yes I will obey.

I called Abang over and ordered Maggie soup. He repeated “Bungkus” several times even after I shook my head. Did I stutter?

Brudder Im Chinese – which part of my head shaking did you not understand ?

Maggie soup arrived. I dived into the broth like the pearl diving mermaids of Japan.

Within 3 minutes, I was defeated and abandoned the Mission. Old age has caught up .

I lumbered out feeling as bloated as a pregnant rhino in an undersized pink thong. Not a pretty sight for a raining friday morning.

There is a God.