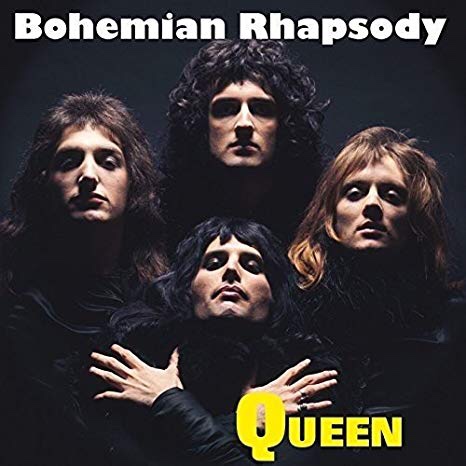 I was 12 when I was first inducted into the genre of rock.

The band was Queen. I can’t remember the first song I heard but it could have been Bohemian Rhapsody.

I fell hard – and became a rabid fan.

Along the way I was entranced with other Rock songs. Deep purple hits like “Highway Star”, “Smoke on the water ” (a song I sang at my wedding pub bash), “Child in time”, “Black night” and “Soldier of Fortune” blasted into my headphones on the Walkman (a device that functions like an iPod but looks like a brick).

Scorpion hits like “We’ll burn the Sky”, “Always somewhere”, “Holiday” “Kojo no Tsuki“(one out of two Japanese songs I could sing taught by Scorpions. The other was Teo Torriate taught by Queen) accompanied me on long trips on my bus to school.

Talking about buses I would meet groups of Malay boys who loved rock who would board the bus together and invariably go to the back of the bus.

I could see the tell tale rock affiliation as they would tie a handkerchief around their head which in the 70s, immediately signalled to you that he is a “mat rocker”.

They would largely ignore this chubby Chinese boy who was sitting at the last seat of the bus at the window until one day, with my headphones on, in a moment of insanity and being overwhelmed by the beauty of the song, I belted out the opening strains of Scorpions “Always Somewhere”.

Back in the 70s, there were a few rock anthems like “Stairways to Heaven”, “Smoke on the water”, “Another brick in the wall “. You just had to stand up and sing along when these anthems played.

For Scorpions it was always “Always Somewhere “.

And the reaction was electric.

Choruses of “Brudder (Brother)!” reverberated and they immediately came over to do the customary high fives. Next thing I knew 5 mats and one chubby chinaman (no handkerchief) were giving a spirited version of “Always Somewhere” in the bus.

“Beth I hear you calling, but I can’t come home right now ….”

My Mat brothers went nuts and I swear I don’t know why we were not thrown off that bus ride that day. It was 30 minutes of sheer hell for the other passengers.

Sigh – those were simpler times.

I recall when I started college, the first week was orientation and there were no real classes. There was one session in that week when a few people in the class were singled out to present something to the class on anything they wanted.

I brought a ghetto blaster and played Pink Floyd’s “Wish you were here ” and sang along with parts of it which intrigued the class and provided mild caustic entertainment. After that I attempted to bring them through an intellectual discussion about the lyrics and what they meant. Bad idea – I think I developed the reputation of being a wild child and borderline druggie after that.

But back to Queen. I was rabid like I said. I got my hands on esoteric albums they had and couldn’t get enough of their other songs that were not considered commercial hits today like 39, Jealousy, Spread your wings, you’re my Best Friend, Sail away sweet Sister, All dead, all dead, Mustapha, You took my breath away.

Of course there were the commercial hits like Bohemian Rhapsody, We will rock you, Don’t stop me now, Another one bites the dust,  Play the game, We are the Champions, Save me, Fat bottomed girls, Killer Queen. Crazy little thing called love. Later came Under pressure, I want to break free, Radio Ga Ga.

LOVE OF MY LIFE

The first time I heard Love of my Life, I was entranced.

I knew nothing of the song, didn’t know anything about Mary Austin the woman who was the love of Mercury’s life (only knew he was gay) or the fact that this song was written by Mercury for Austin.

I was just entranced by the almost classical notes of the piano playing throughout the song, the poignant words and the melodious but sad undertones that gripped me every time it plays.

Later I understood it for what it was meant to signify – a love that was not to be, painful, lost in a different time, melancholic, but still love pure and simple.

And this song then meant so much more. It became my favourite Queen love song. Another was Jealousy.

This part of the song when the guitar riffs sounded like violins always gets me:

You will remember, when this is blown over
And everything’s all by the way
When I grow older, I will be there at your side, to remind you
How I still love you – I still love you

What an incredible love story. 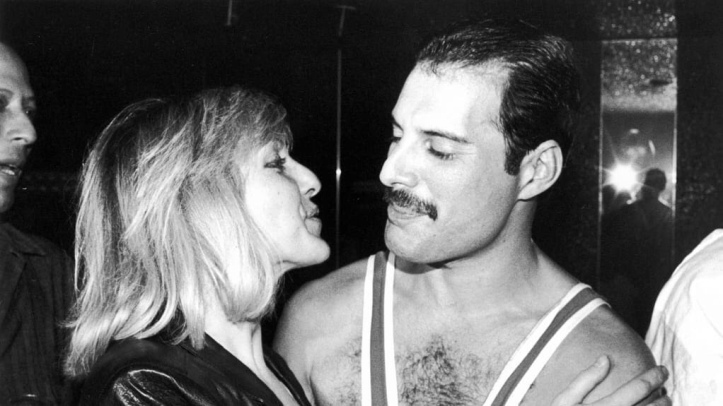 When Freddie Mercury first met Mary Austin, he was 24 years old and she was 19. At the time neither could have imagined what the future would hold for them, both as a couple and singularly as friends with a deep love for each other.

“All my lovers asked me why they couldn’t replace Mary, but it’s simply impossible,” Mercury once said of Austin. “The only friend I’ve got is Mary, and I don’t want anybody else. To me, she was my common-law wife. To me, it was a marriage.”

When Mercury died in 1991 of AIDS-related bronchial pneumonia at age 45, Austin was by his side as she had been for much of his adult life. At one point in their relationship he had asked her to marry him, and when he died he left her half his reported $75 million estate, including the 28-room London mansion in which he passed away and Austin still lives in to this day.

Mercury and Austin met in 1969, a year before he would form what would become Queen with bandmates Brian May, Roger Taylor and eventually John Deacon.

But in 1976, already an international star, he decided to discuss his evolving sexual feelings with her. “I’ll never forget that moment,” Austin told the Daily Mail. “Being a bit naive, it had taken me a while to realize the truth. Afterwards he felt good about having finally told me he was bisexual. Although I do remember saying to him at the time, ‘No Freddie, I don’t think you are bisexual. I think you are gay.’”

She had been there before the money, before the fame and she was there at the end.”

Of his passing Austin says she lost somebody she thought of as her eternal love.

“When he died I felt we’d had a marriage,” she told OK! “We’d done it for better or worse, for richer for poorer, in sickness and in health. You could never have let go of Freddie unless he died – and even then it was difficult.”

Austin supported Mercury in his decision to keep the nature of his illness secret until shortly before he died.

He also asked her to collect his ashes and place them at a private location never to be disclosed.

It’s a promise she kept, waiting two years after his death to secretly remove them from the house he died in, the house in which she still resides surrounded by many of the same furnishings chosen by Mercury.

“He didn’t want anyone trying to dig him up as has happened to some famous people,” Austin told the Daily Mail.

“Fans can be deeply obsessive. He wanted it to remain a secret and it will remain so.”