AS TIME GOES BY – From Father to Son

Every watch collector knows that the two brands to start one’s collection with are IWC and Jaeger Lecoultre. They produce seriously good watches with an attention to mechanism and complications first, and looks second.

And yet they are extremely good looking watches – classic and a gentleman’s watch.

Only later in life does one add on a Patek Philippe, Breguet, Rolex and maybe a Lange to one’s collection.

I bought the IWC Ingenieur quite early on in my working life. It was the first few watches I bought and this watch has always been sentimental to me.

It was called “the Engineer’s watch” as it was built to be extremely resistant to  magnetic forces (which affects its accuracy) and was also built in collaboration with military forces.  This watch has an automatic movement.  This model that I have has now been discontinued as they have face-lifted the model.

Because very small quantities were produced in the first place, you can’t even find it in the pre-owned shops today.

WatchTime Wednesday: The History of the IWC Ingenieur

“Since 1954, the IWC Ingenieur belongs to the classical collection of IWC. Initially designed as a classical watch, it was however highly different from the other models on a technical basis. It was not obvious at that time that the IWC Ingenieur was an entirely new and innovative collection. But in 1975, the recognition came with its new face, thanks to a genius designer called Gerald Genta. Here is the story of an icon, made together with our friends of WatchTime.

In 1983, IWC came with a new edition, the IWC Ingenieur SL, a thinner and smaller watch. But this new version also broke the tradition.

It was the first to introduce an outsourced movement, instead of the in-house movement previously used.

Inside the IWC Ingenieur SL was ticking an ETA 2892. The Schaffhausen manufacture however added a 21k gold rotor and superlative finishes – it was known under the name ‘Calibre 375’.

In 1989, IWC presented an impressive edition of the Ingenieur, based on a collaboration with military forces, in order to create a watch resistant to extremely strong magnetic fields. The IWC Ingenieur 500,000 A/m came with an enormous protection but without any soft iron cage. The escapement, the balance wheel and the spiral (the elements that are particularly sensitive to magnetism) were using alternative and innovative materials, such as niobium-zirconium 25, an iron-free and nickel-free alloy. Even if showing an extremely exiting technology, these watches were not free of problems. The costs for research and development were very high. The reliability was also problematic, as most the balance springs failed to pass the test-runs.

These surprisingly subtle watches (only 34mm in diameter) are now extremely collectible.”

This watch now means even more to me. I was delighted when my Son told me that of all my watches I am now wearing, he likes the IWC Ingenieur the most.

Big Gav is now 15, a big strapping lad now taller than me.

He means the world to me.

I gave him the watch today. 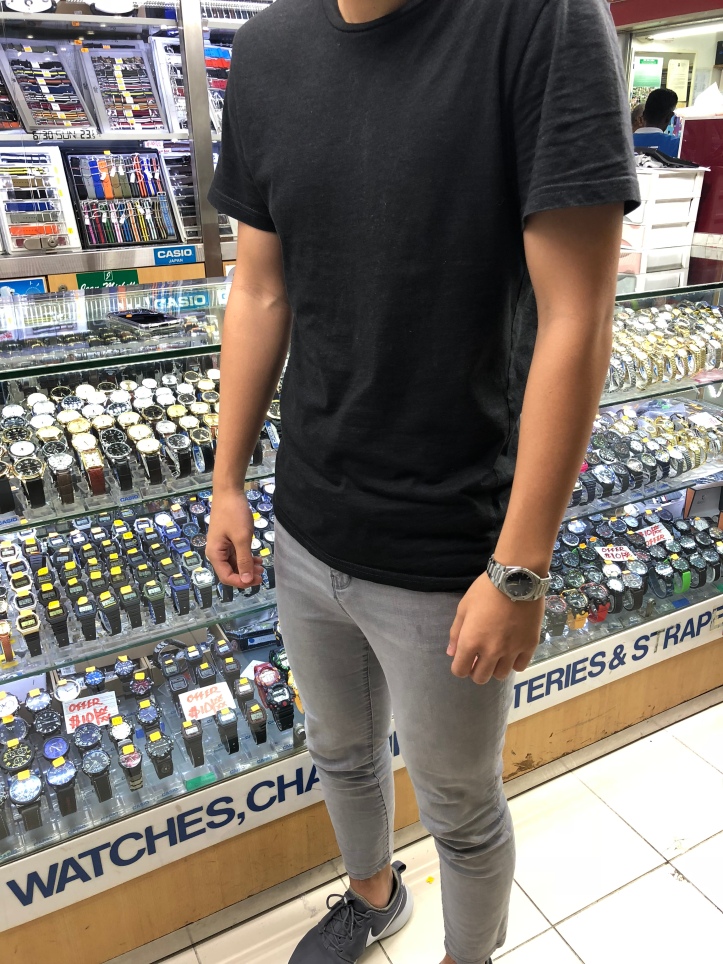 I hope that when I am gone , he will  remember me when he wears this watch.